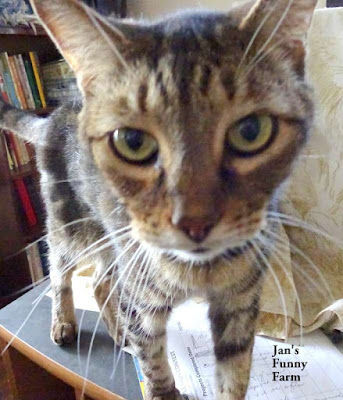 Percy:   Hey, Cyndi, what do you call it when a dinosaur crashes his car?

Percy:  This one can.

Cyndi:  Is he insured?

Cyndi:  Is he carrying uninsured motorist?

Percy:  How would I know?  I can't ask to see his policy.

Cyndi:  Sure you can.  If he hits you, you have every right to ask for his insurance information.

Cyndi:  Then whom did he hit?

Percy:  It doesn't matter.  Wait, he didn't hit anybody.  He just crashed his car.

Cyndi:  Are you sure he crashed his own car?

Percy:  I assume if there's a dinosaur driving a car, it would have to be a very large car, so I also assume it's his own car.

Cyndi:  Well, if there's one very large dinosaur car, there must be more.  If you see a dinosaur have an accident while driving a very large car, I'd suggest you dial 9-1-1 to report a drunk crashing a stolen vehicle.

Percy:  I asked what you call it when a dinosaur crashes his car.  How did he end up drunk in a stolen vehicle?

Cyndi:  I don't know.  It's your story.  If you didn't have all the details, you shouldn't have mentioned it.

Taylor:  Percy, I couldn't help but overhear the conversation.  I'd sure like to know the answer to what to call it when a dinosaur crashes his car.

Percy:  Oh, no!  I'm not falling for that.  Before I can answer, you'll try to convince me Mr. Dinosaur killed Mrs. Dinosaur and her body was in the trunk.

Taylor:  Why would you think that?  I'm sure he had enough sense to dump her body before he got drunk, stole a car and crashed it.

Percy:  It was a joke, a two-line joke.  Now it's a full length book and I don't even remember the punch line.

Cyndi:  Taylor and I read the joke the other day .  When a dinosaur crashes his car it's called -