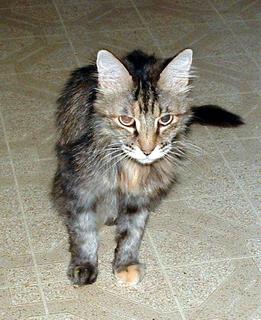 Beloved friend and companion to all of Jan’s Funny Farm residents.

We love you and miss you.


“Why are you sitting alone,” Percy asks, sitting down on the bedroom rug beside Buddy. “Why aren’t you up to some mischief or bothering Jan to play tug of war with one of her good socks?”

Percy’s ears perk up at the hint someone else might be in trouble. “What did you do?”

“I didn’t do anything,” Buddy claims, aggrieved Percy thinks the worst of his behavior, even though he usually is plotting something that gets him into trouble.

Buddy and Percy turn toward the bed, where Crystal, Cotton and Cyndi are resting.

Percy eyes Buddy carefully. The gleam is missing from his eyes and his head is bent as if he is carrying a great weight on his shoulders. “You are sad! Is it because of Jenny?”

Buddy’s head bows even lower and he stares at the rug.

Cyndi answers for him. “It’s too soon after losing two other friends — Miss Mother’s Benji and Mr. Jimmy’s Murphy.”

“What’s too soon?” Merci asks, entering the bedroom and sitting down in front of the large oscillating fan.

“Oh, yes, Jenny. She hasn’t always been the friendliest cat, but I’m going to miss her when she’s gone. I’ve actually become fond of her. She gets around quite well for one who is blind.”


Crystal says, “Grayce was my favorite, even though Jenny was top cat around here, until I took that title away from her a couple of years ago. I still miss Grayce. I’m going to miss Jenny too.”

“Jan has been giving Jenny lots of extra attention lately.” Cotton asks, “Have you noticed that?”

“Well, of course she is. She knows it’s highly unlikely Jenny will be with us much longer. Besides, Jenny eats small portions at a time, so she needs special attention,” Cyndi adds.

Crystal says, sadly, “Grayce died suddenly and Jan didn’t have a chance to say good-bye. She knows Jenny’s time is short, so Jenny is getting as much attention as Jan can give her. Jenny was always affectionate but independent. She never liked to be held before, but now she’s eating up the extra attention.”

“I thought I would bawl last night when Jan suggested we say good-bye to Jenny because Jenny was going to go to sleep and she probably wouldn’t wake up.”

“You?” Cyndi asks, in surprise. “I never thought of you as the sentimental type, Cotton. Perhaps it was from lack of sleep since none of us got much rest last night, between Jan sitting up with Jenny and Mr. Clatterpuss waking the entire household after we all finally drifted off to sleep.”

“I resent that Mr.Clatterpuss remark!” The voice comes from underneath the bed.

“Come out from there, Cameron,” Percy demands. “What are you doing under the bed?

“Hiding.” Cameron’s head appears from under the bedspread. “I’ve been trying to keep out of Jan’s way. I figure she has enough on her mind with Jenny being so old and tired.” He tilts his head and changes his tune. “Actually, Jan — all of you — should be thanking me that Jenny is still with us today.”

“What?” the group choruses, in unison.

“Have you lost your mind?” Cotton demands.

“No,” Cameron asserts. “But if you remember correctly, Jan told us in the wee hours of the morning that when Jenny went to sleep, it would likely be for the last time; she probably wouldn’t be waking up again.”

“But Jenny is alive. She did wake up again.” Merci shakes her head, in confusion. “What does that have to do with you?”

Cameron looks around at the group. “It has everything to do with me. I’m not any more prepared to say good-bye to Jenny than any of you, so I couldn’t get to sleep when all the rest of you did. I tossed and turned on the counter, until in desperation, I decided to try a relaxed breathing technique I read about in a book. I took a deep breath, stretched, and suddenly there was a deafening clatter! Scared me out of one of my nine lives.”

“That’s because you pushed the dish draining rack off the counter, and all our stainless steel food bowls and Jan’s silverware went bouncing around the kitchen. The noise was loud enough to wake the dead!” Merci reminds him.

“Exactly!” Cameron exclaims. “The noise woke Jan, all of you guys — and Jenny!” He looks around at the blank faces of his friends. “See, Jenny did wake up. She’s not dead. You should all thank me.”

Percy shakes his head, in disbelief. “And you guys think Buddy and I are daft? Cameron, if Jan had caught you last night, you would probably be minus three inches in height and another one of your nine lives. I think you should go back under the bed until your concussion heals.”

“Now wait a minute, guys,” Buddy stands and moves toward Cameron. “Cameron is right. Jenny is still alive. We should thank him for waking her from the dead.” He drops a huge paw on the back of Cameron’s neck and says, in all seriousness. “Thanks, buddy. I’m sorry I never paid my Funny Farm Writing Club dues when you reminded us they were due.”

“Pkd[g,” Cameron mutters, his chin scraping the rug under the weight of Buddy’s paw.