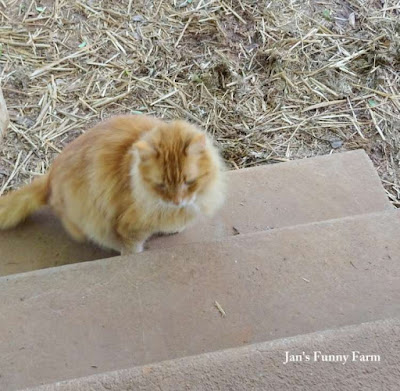 Rusty:  Why are we posting pictures of trees in the rain? 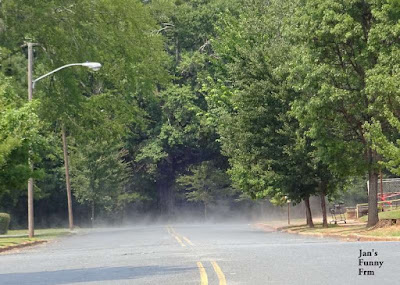 Merci: Because I like them.  And they aren't trees in the rain.  They are trees after the rain. 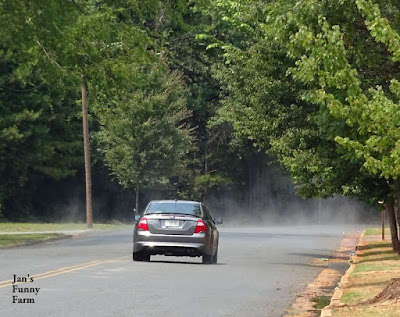 Rusty:  But everything looks wet like it's raining. I can see it coming down. 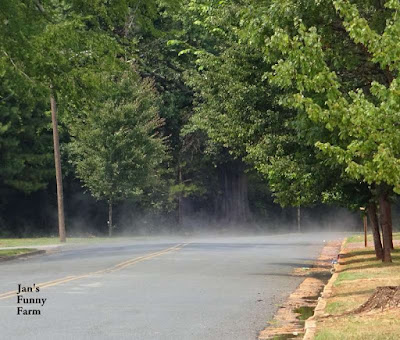 Merci:  That's an optical illusion.  It was a very hot, humid day.  We had rain and when Jan went outside to work in the yard, she saw steam rising from the road near Martha Mill.

Merci:  That's where you see something that isn't there, except it is, only it doesn't look like itself.

Merci:  It's something that appeals to Jan because, as we all know, Jan has a peculiar eye for pictures.

Rusty:  Hey, I recognize that area.  It's where you guys and Jan found Micah after he was dumped.

Merci:  You're right.  It's a good two blocks from here.  Jan's ancient.  I didn't think she could see that far.

Rusty:  Why would you think that?

Merci:  Because yesterday she stepped on my paw on her way to the kitchen and said, "I'm sorry, I didn't see you there."