Percy: Hey, look what we got in the mail. An unexpected package.  And a cat card. 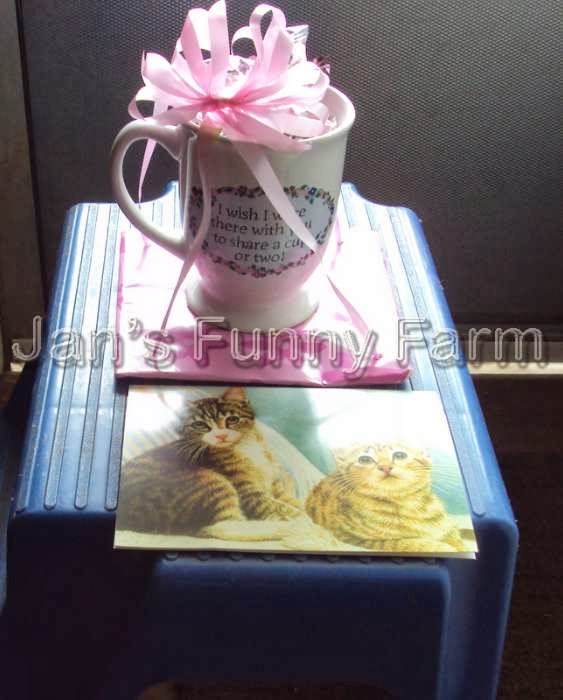 Micah:  Actually, it's not for us.  It's from an old friend and addressed to Jan. 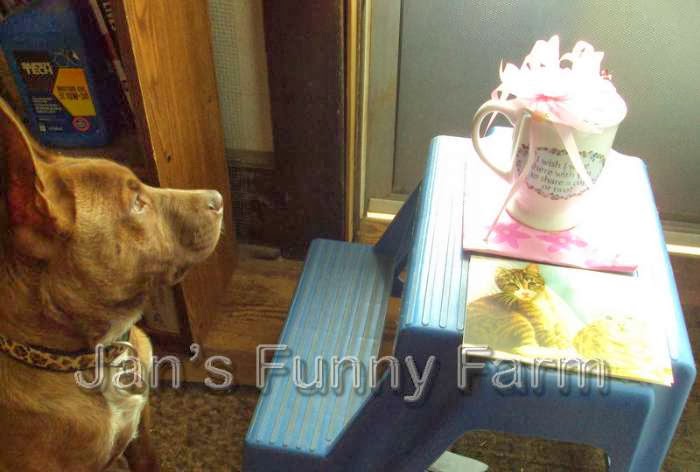 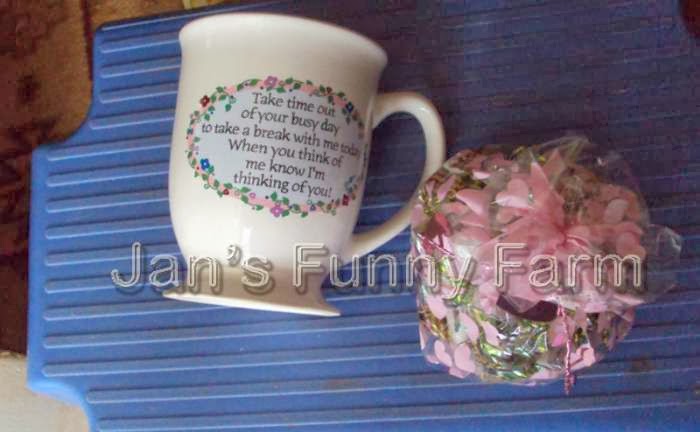 Merci:  No, it's a drinking mug and some candy.  Isn't that a lovely package of chocolate mint candy!

Buddy:  It says-  Take time out
of your busy day
to take a break with me today!
When you think of
me know I'm
thinking of you! 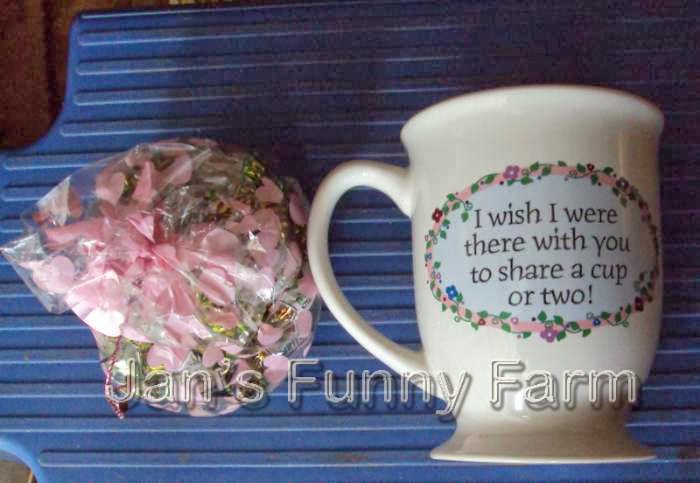 Cyndi:  There's something on the other side too -
I wish I were
there with you
to share a cup
or two!

Sam:  What a nice thing for an old friend to send.  Jan says they shared many a pot of coffee.  They must have been big drinkers.  This is a very large mug! 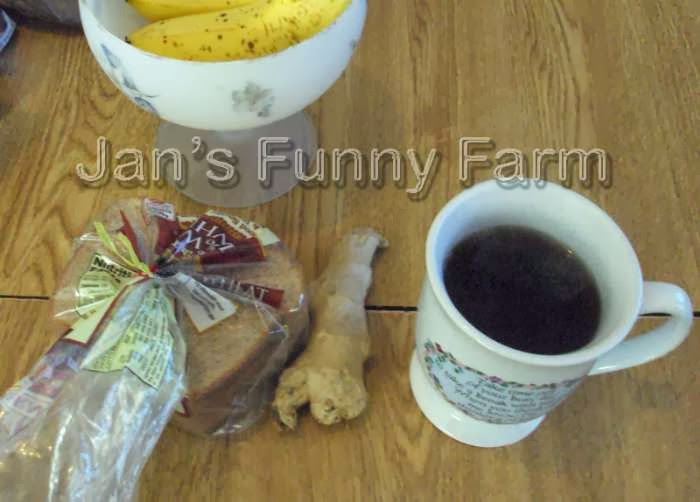 Rusty:  Hey, look at that I just found on the table.  It's a new water bowl Jan got for us.  She needs to dump the dark junk out and fill it with water.  I think that's just the right size for my big head until the water level gets low.

Cameron: Where were you yesterday when the package arrived? That's not a new water bowl.  That's Jan's new coffee cup with ... surprise, coffee in it.

Rusty:  Well, if it isn't our new water bowl, what's it doing on the kitchen table?

Rusty:  I'm just taking a shortcut to the bowl of cat food on the washing machine.  All of us kitties do it.

Cyndi:  Yes, we do.  But not when Jan is watching.

Buddy:  Allowing Jan to do a post would set a dangerous precedent.  She already thinks the computer is hers.  She is thankful for the gift, though, so we offered to post this for her. 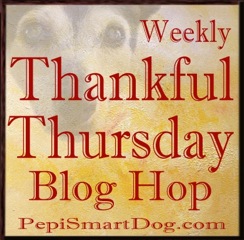 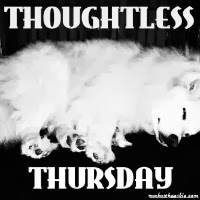 We are joining Pepi Smart Dog's Thankful Thursday. Also,the Thoughtless Thursday blog hop, co-hosted by Ruckus the Eskie and Love is being owned by a husky.