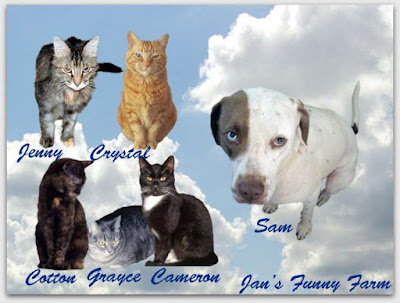 Taylor:  I'm not sure why we're doing this post today.  The only one of these animals I recognize is Sam.

Buddy:  The others are before your time, although you just missed Cameron by a few months.

Taylor:  But who are they all?

Buddy:  Beloved furries that have left us.  Grayce passed away two years before the blog debuted but she is still an honorary FF member.

Cyndi:  Jenny and Grayce traveled here with Jan.  They were already seniors by then; not Jan's first cats, but the original Funny Farmers, even before we had a blog.  Crystal and Cotton were the first local cats to join them.

Taylor:  I thought Jan doesn't believe in the Rainbow Bridge, so why are we posting on it?

Cyndi:  We are remembering those who helped establish the Funny Farm.  They were a part of our family and we want to remember them with love and respect.

Taylor:  And who are all those in the collages below?  I recognize many of them because they have passed away since I moved here.  Cameron and Sam are even included.

Buddy:  Ann of Zoolatry has made a graphic for so many bloggers who have lost a furry over the years.  These are just a fraction of those.  We furries don't live as long as humans do and the losses among blogging animals are staggering - so many more friends than those below have been lost over our blogging years.

Cyndi:  So Deb Barnes started the Rainbow Bridge Remembrance Day.  I believe this is the second one.

Buddy:  This is why we are posting on Sunday.  We want to remember those who came before and to join the blog hop.

Cyndi:  We are headed to bed and won't be able to participate until Jan returns from church because she won't tell us the password, but the blog hop is at Zee & Zoey Cat Chronicles. 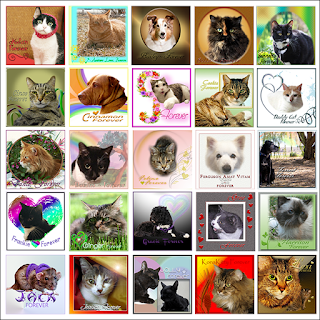 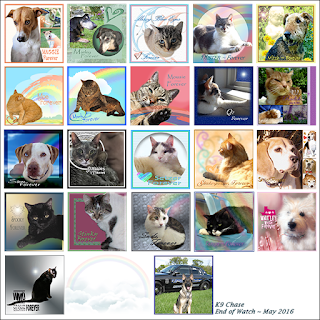 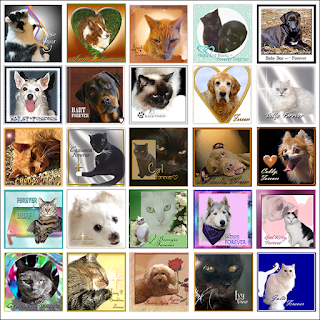 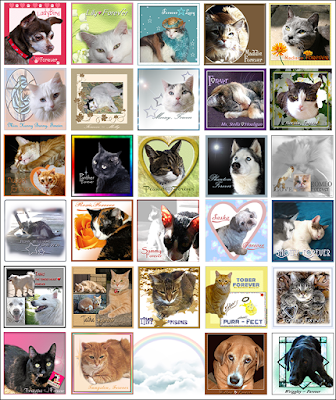 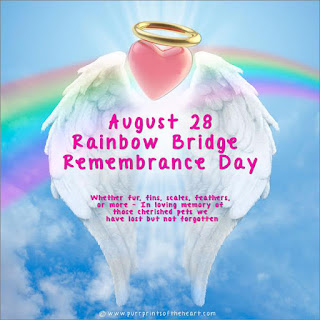