Cats and the Internet

We decided to take Nikita of Opinionated Pussycats up on his challenge today to write a blog post on What is it about the Internet and cats?

The question was asked by a contributor of the popular site (although we'd never heard of it before) The Slacktiverse.

Well, we're a bit confused (a not unusual state for us around Jan). What's not about the Internet and cats? We're everywhere! As well we should be; we're just so darned awwww cute, innocent as American pie, cute as a button, floof and fur and ... did we mention all-fired cute?


We're playful and fun, as our lovely Cyndi demonstrates with the nip-scented candy corn toy Sam the dog ate, leaving only a tiny scrap of yarn and subsequent piles of vomit as evidence of its demise. 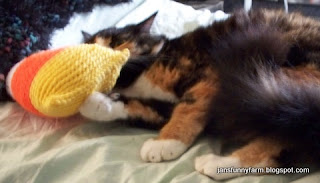 Like Jell-o, there's always room for one more of us. Our matriarch Cotton demonstrates how little room we take up. 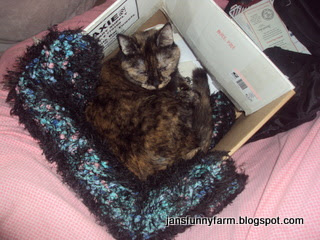 We're self-confident, crafty and intelligent, often mistaken for being smug. Here is Rusty celebrating with a smile after putting one over on Jan. He convinced her he was sorry he misbehaved. And she fell for it. Again. 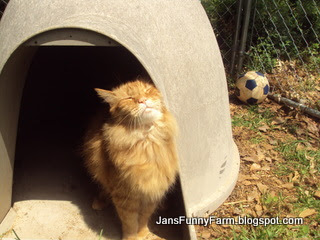 We're inquisitive, always checking out everything that comes in the yard or inside the house. If it's edible, it's ours. If it's not edible, it's still ours. This is Percy checking out the furry intruder Jan made from our fur for National Hairball Day. We decided not to claim this messy mass. Jan made it. She had to clean up after it. 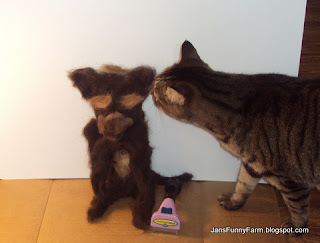 We're photogenic. Notice we're photogenic but the photographer must have been tipsy. Jan cut off the top of Rusty's handsome head as Rusty poses with his likeness on a canvas print. 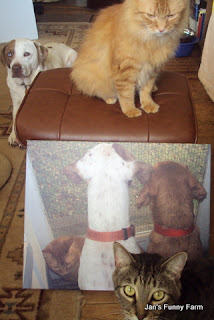 Jan would probably classify Percy here as a "nosy Parker" or buttinsky. Notice how Percy managed to finagle his entire head into the foreground of Rusty's photo shoot. But, hey, we just want to be where our humans are. **wink, wink**


We're friendly, loyal and companionable. Here is Cameron snuggled next to his best friend and companion at the time Merci. Things changed a bit when hyper Buddy and then Sam arrived, but Cameron and Merci are still friends. 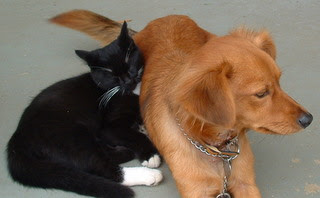 We're also very relaxing to hang around with. Here's Percy just chillaxing and snoozing. Doesn't this design relax you humans and make you yearn to imitate him? It does us, so it's time to wrap this up for a nap. 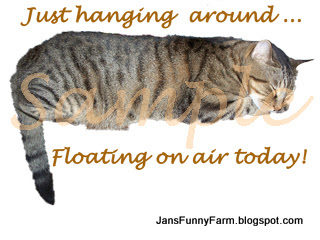 We could go on but we don't want to brag and discourage the woofies. But you put these marvelous traits together and we belong on the Internet. We should rule the Internet. We're everywhere. And we're organized. Together, via the Internet, we're plotting and planning world domination.