CAMERON:  Hey, what did you do that for?  I'm not stupid.

RUSTY:  Did he really call you stupid, Cameron?

MERCI:  Yes, you did do those things, Percy.  Why did you hit Cameron in the head?

PERCY:  I suddenly realized we've been so busy we totally forgot about Cyndi's birthday yesterday.

BUDDY:  But if you suddenly remember something you forgot, Percy, you're supposed to hit yourself in the head, not Cameron.

PERCY:  Why would I want to hit myself in the head?  That would be ... well, stupid.

MICAH:  Never mind that now, guys.  We really did forget all about Cyndi's birthday. 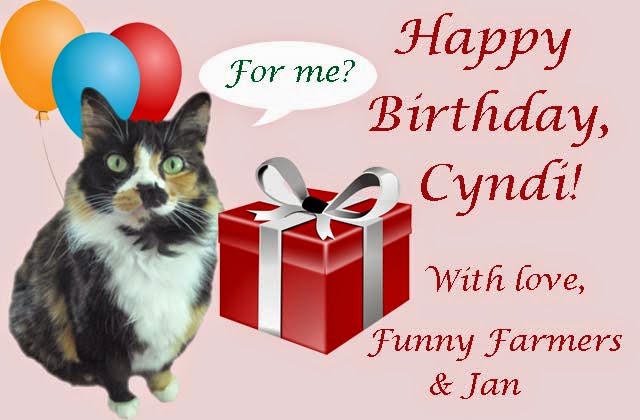 SAM:  Cyndi, we'd like to apologize for being forgetful.  You are very special to us so we got you something special.

BUDDY:  *whispers*  Pssst, Percy, if we forgot her birthday, when did we get her a present?