Cyndi:  We always have so much to be thankful for, but sometimes it's hard to think of something with pictures for Thankful Thursday.

Micah:  This week, though, we wanted to share the surprise package we got from chewy.com last week.

Cameron:  Yes,a great surprise.  It made our day but Jan wouldn't let us touch anything until she got pictures.

Rusty:  As you might guess, her name is not Speedy and it has taken her almost a week to take pictures.

Percy:  Last minute pictures.  She was rushing in order to give Buddy a bath before sundown, so please forgive her ... um, not sure what to call them ... strange pictures? 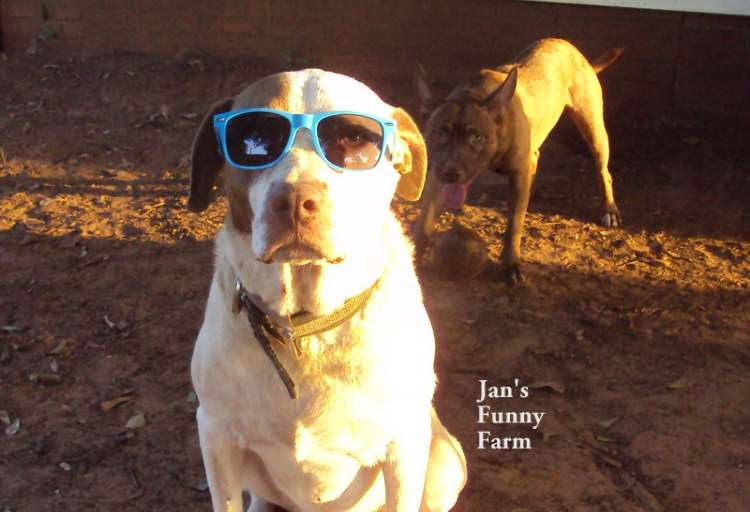 Sam:  Do I look happy?  I'm not.  Jan stuck these sunglasses on me and made me look at her.  I look ridiculous!  The sun and shade streaks make for one dark lens, one brown lens with an eye.  It doesn't help that Marcus is standing behind me laughing. 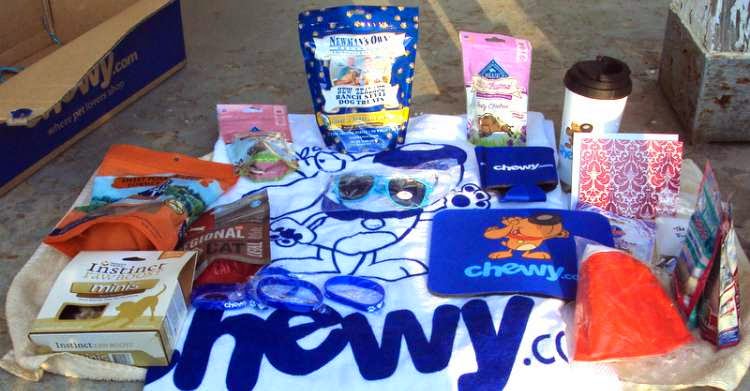 Merci:  I wasn't part of the sunglasses shoot, so I guess I'll narrate this picture. This is what was in the box. Jan gets the towel, mug, sunglasses and minors.  We get the majors -treats!  Cat treats ... dog treats.  Yum, yum. Can we open them now, Jan? 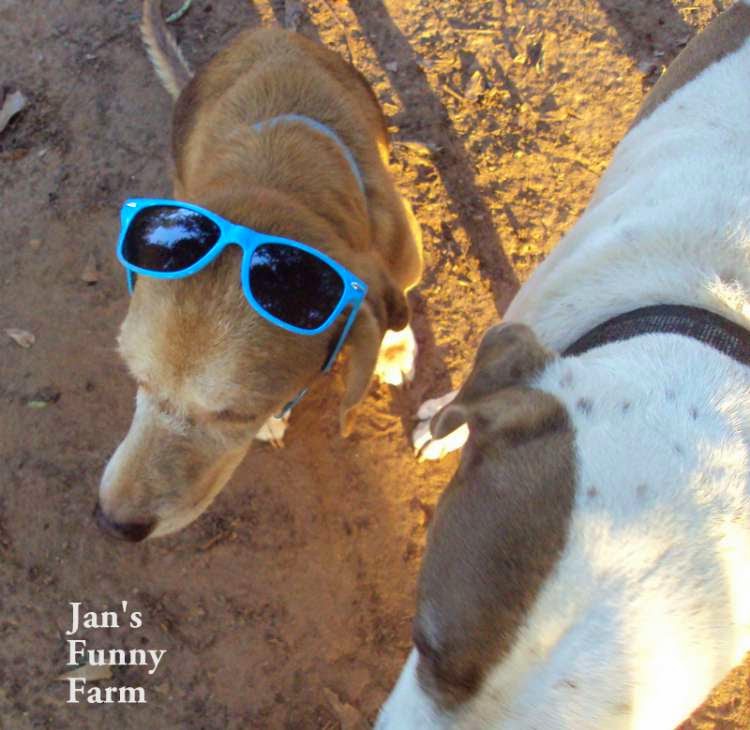 Buddy:  I look even stupider than Sam did in the glasses.  At least they sat on his nose.  My nose is so much thinner they have to sit on top of my head to stay on.  But look at the difference in the size of our heads.  Merci didn't even have to try them on.  She'd have had to wear them on her hips.  No, Jan, we're not saying you have a big head.  We're saying Merci has a small one. 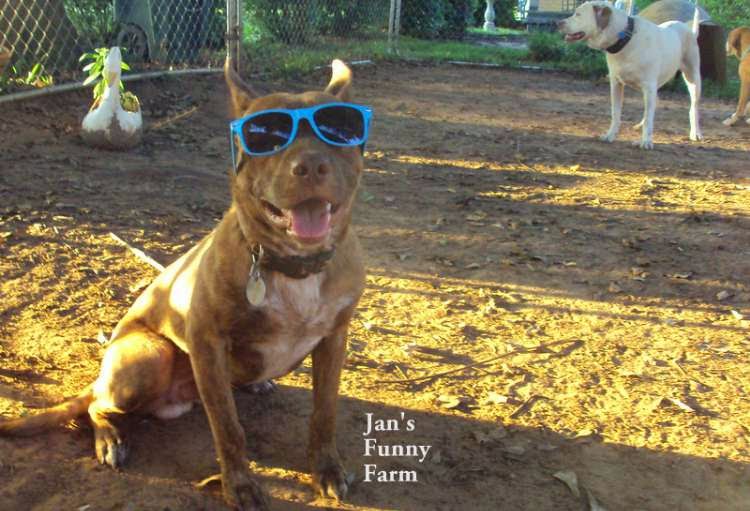 Marcus:  Hey, dudes and dudettes, are ya ready to par-tay?   I think these glasses were made to fit a bulldog head.  They fit me and Sam like they were made for us.  What do ya think?  Uh, no, Jan, I didn't say you have a bulldog head.  I just said .. oh, I think I better plead the fifth.

Ruckus the Eskie and Love is being owned by a huskie co-host the Thoughtless Thursdy blog hop.