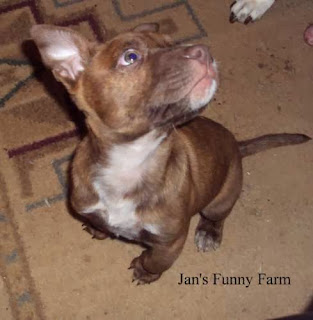 Little Puppy No Name (Marcus):  Hey, remember me?  I'm little Puppy No Name.  I've been staying here for a week now, waiting for my lost owner to be found.  The weather was terrible last week and we nearly froze when Jan tried to take me out searching.  In between rainstorms.

Now that the weather is "warmer" and drier, she says I need to be in the public eye, so I get to walk with the big woofers now.  When I said I wanted to go on Monday, Jan thought she'd have to bring me back after a block, but I did their whole route!  Merci laughed at me.  She said they all walk their normal pace and I try to lead the pack with my little legs pumping like windmills.  But I keep up.

Meanwhile,in case you've wondered why we disappeared for a few days, Jan says we've all been keeping her extra busy since bad weather brings sick animals.  Merci wasn't feeling well last week and was very sick last weekend,   Merci is okay now but Jan says she's too pooped to think.  Percy says that isn't unusual, but not to mention that to Jan.  Okay, I won't.

Tuesday, we were in the back pen and Jan went out the front door to throw out trash.  I got upset because she wasn't in the pen with us, so she hurried in the front door and out the back to reassure me.  Only I wasn't there!  She ran for the front door to try to catch me before I got lost.  When she opened the front door, there I was, sitting on the mat, waiting.  She was so proud of me.  I got a big hug.  When she did the same thing later, I tried to go after her again but I couldn't slip through the gate.  She'd blocked the openings around the gate.

Oh, we won Ruckus the Eskie's giveaway.of a 3 month subscription from DoggyLoot Toy of the Month.  Buddy and Sam aren't much for playing with toys any more, but Sam still does.  So Jan signed him up. Our first toy was a Kyjen Invincibles Reindeer squeaker.  So Jan took us outside and laid the reindeer down, raised the camera and - 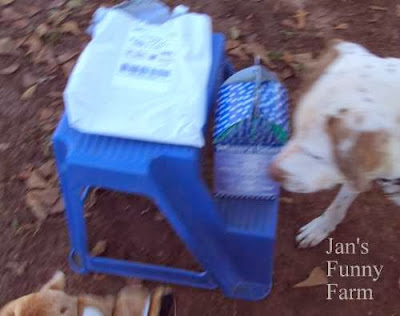 - she caught me sprinting away with it.  See it down in the lower left.  I took it right out from under Sam's nose. 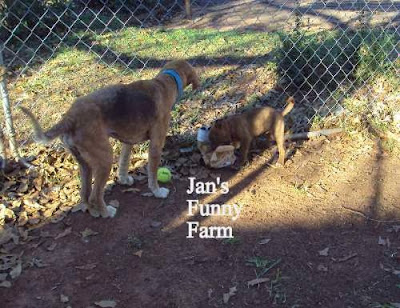 Buddy watched me shake that reindeer and show it who is boss!  It squeaked and squealed and screamed for mercy. 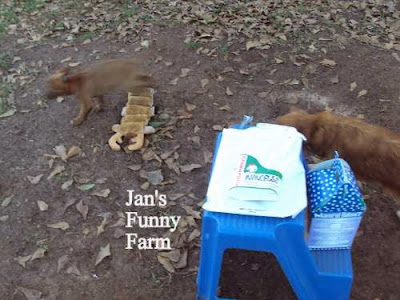 When I was done with it, it had no fight left.  So I took off like a blur. Merci went over to see if the reindeer was still in one piece.  It was. 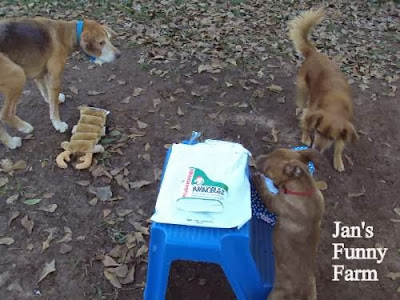 Buddy asked if he needed to resuscitate it, but I said not yet.  I was checking out the packaging, in case there were any edibles with it.  There weren't.

Oh, just for the record, these photos are just to share the fun of giving Sam "his" new toy.  NOT a re-view.  :) 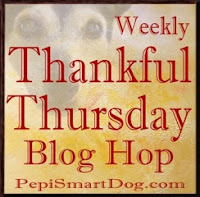 We had a lot to be thankful for this week, so we're joining Pepi Smart Dog's Thankful Thursday blog hop. 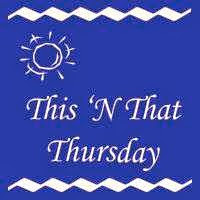