The Real Marcus Stands Up 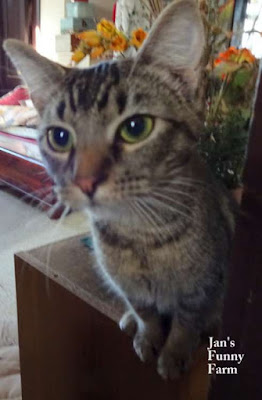 Taylor:   You might not have recognized me in Wednesday's I Am Marcus post, but you all did really well in guessing that I am not Marcus.  He most definitely is not a cat.

Some of you voted in the comments and we really enjoyed those comments.  Hopefully Angel AbbyGrace, who voted both for Marcus and for the President of the United States in the same day, did not mix up the ballots and vote for Marcus for President, although Marcus says he would promise when the leashes came out to not run around the White House shrieking with joy and body slamming the furniture.

Yes, Frankie Furter, the real Marcus will now stand up. 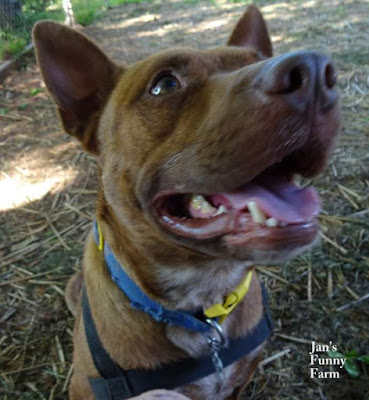 We have always kidded Marcus about his big stand-up ears, so those of you who guessed Picture #1 were correct.  This is the real Marcus. 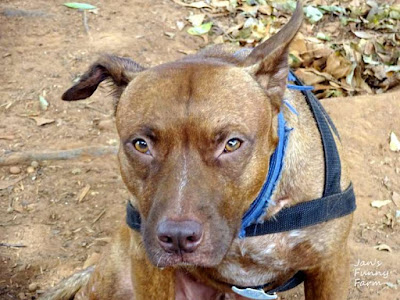 Those of you, however, who guessed Picture #3 were also correct.

As Loulou said, "Well, DUH. One and three--you have on the same collar!!! Either that or it's a clone. Oh, boy, would Jan LOVE that!"  (Jan nearly passed out at the thought of a cloned Marcus.  One cyclone to a household, please!)

Meowmeowmans was alert and mentioned he didn't think Marcus's ear bends like that. 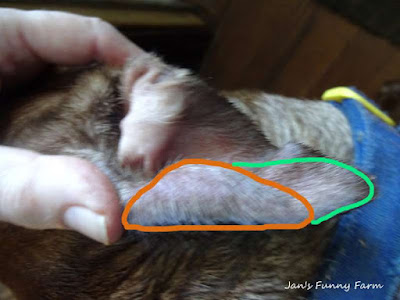 But earlier this month, Marcus spent some time playing in the dog pen by himself and when Jan took out the trash, she was shocked to see one of those beautiful ears was bent.  The area circled in orange in the picture above is the original site of an aural hematoma.  The area in green is how large it grew.

It's healing nicely and it could have been worse, but sadly, Marcus is having to rethink his desire to be a standup comic.  (Pun intended.)