MICAH:  Hey, Merci, you sure are concentrating hard on something. 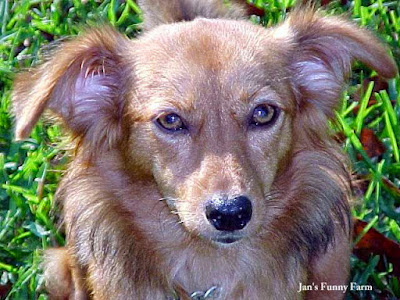 MERCI: I'm trying my paw at writing some fiction.

MERCI:  But there's no butler in my story.

MICAH:  There has to be.  You need to hire one right away.

MERCI:  But I don't want a butler in my story.  It's about a poor family.  They can't afford a butler.

CYNDI:  I don't know.  Micah likes to read.  If he says you have to have a butler, you need to hire a butler so you can finish your story.

MERCI:  Okay, fine.  Micah, would you like to be the butler?

MICAH:  No way!  The butler always goes to jail.  I don't want to spend the rest of my life in solitary.

CYNDI:  I'm surprised at you, Merci.  That is so mean wanting to send your own fursibling to prison.

MICAH:  Come on, Cyndi, let's go look for a snack in the kitchen.

MERCI:  Guys, I told you there's no butler in my whudunit.  I was only trying to hire you because you told me I had to hire a butler and I can't afford to hire a real one.

PERCY:  Hey, what's all the yelling about?  You interrupted my nap.

MERCI:   I wasn't yelling.  I just said there is no butler in my whudunit and the next thing I knew, I was accused of trying to send Micah to jail for life.