MERCI:  We had such peace and quiet around here for a few hours Saturday.

RUSTY:  Yes, Jan went out and put Marcus in his crate so he couldn't get into any mischief.

PERCY:  Jan and her friend went to Reimagine Thomaston.  She brought home a whole box of food but she won't share it.

MICAH:  Well, you have to admit, we aren't into drinking cranberry juice and we aren't allowed to have raisins. They could kill us.

CYNDI:  Yes, I guess there wasn't really anything in the box we could eat.

BUDDY:  It seems unfair we had to stay home while she had a good time.  And everything was free, so she didn't have any excuse.  Jan could have afforded free admission for all of us.

TAYLOR:  Jan got to chat with some humans she hasn't seen in a while and we got to nap in silence.  That seems like a fair trade to me.

MARCUS:  She took a few pictures.  They're not very good because I'm not in any of them, but they'll have to do for today's post. 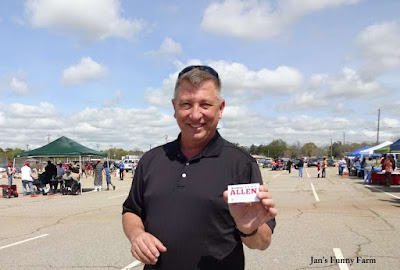 Norman Allen is on the ballot for County Chairman.  He is retired Navy so he would likely run a tight ship.  Good luck, Norm. 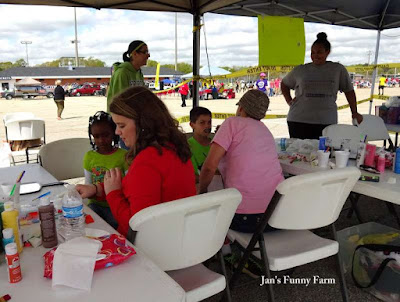 There was face painting for the kids. 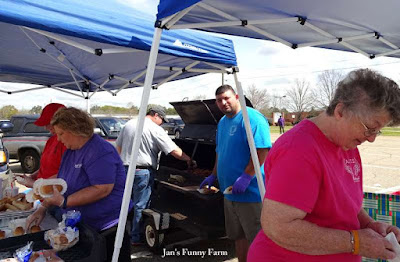 Tim Gordy (blue shirt) heads A.C.T.S. Outreach of Georgia.  The initials stand for Always Choose To Serve.  Tim and some volunteers from Mountain View Baptist Church handed out food.  When Jan and her friend arrived, there was nothing left except hot dogs, but Jan ate two so she didn't starve. 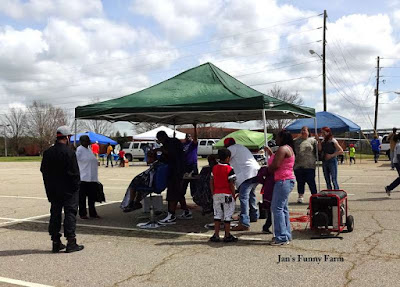 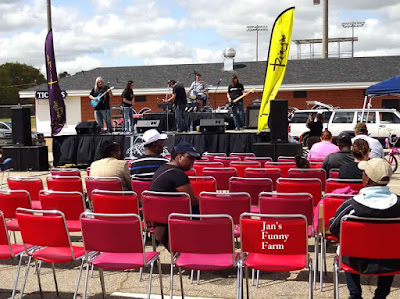 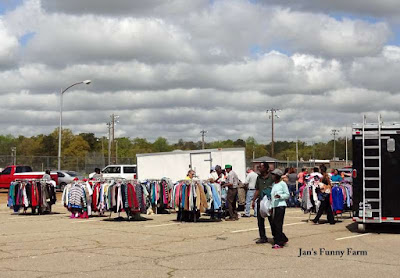 Free clothes.  There were lots more on the other side of the white trailer. 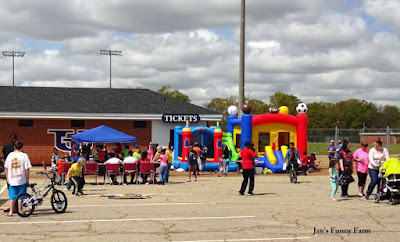 Entertaining fun for the kids. 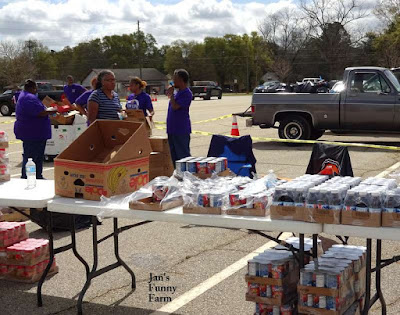 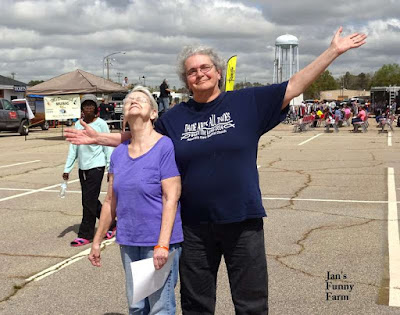 Lanie and Michelle had some fun posting for a picture. 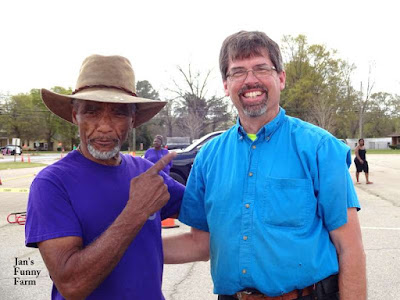 Tim (right) and a friend stopped chatting long enough to pose for the camera. 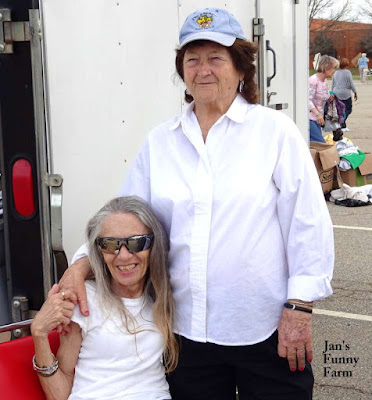 MARCUS: That's all we have for you today. Just a little fun outing for Jan. Never mind that we were left home alone to die of starvation.