Punch Sam in the Ankle 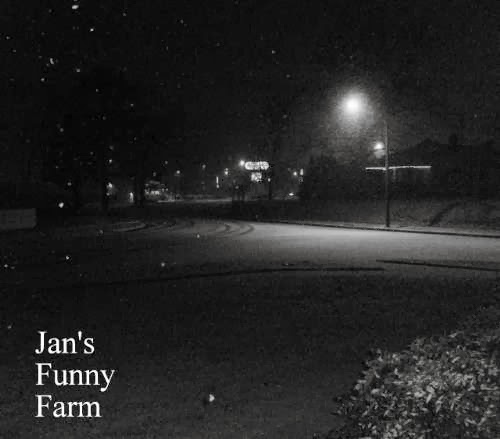 Cameron:  Today we are using the black and white version of a night snow scene we posted Thursday from the previous week. It makes us think of a picture in a story book.

Cyndi: It looks like it would make a great Christmas scene.  What do you think, Marcus?

Marcus:  I don't know much about Christmas pictures, but I had fun playing in the snow in the dog pen with Sam and Merci before is melted.  For some reason, Rusty, who long before my time claimed the dog house as his cat house, wouldn't come outside to play with me. Cats just don't know how to have fun! 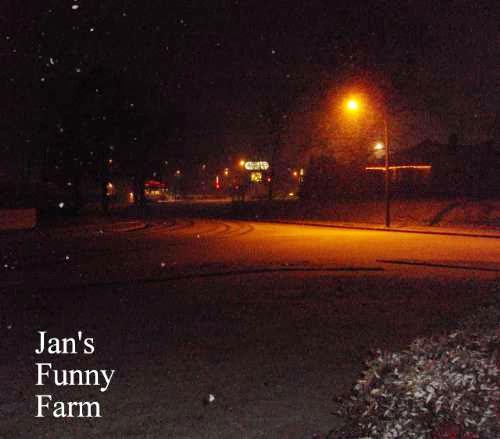 Merci:  This is the original color photo. We like this in color, as it looks kind of eery, at least to us.

Percy:  When we look at it, we wonder what will be emerging from the distant darkness. Guess it would fit well in a suspense movie.  Or a horror movie.

Sam:  What would you all do if I yelled "BOO" right now?

Merci:  Well, I don't know what they'd do, but if you scare me, I'll punch you in the ankle, since I can't reach your nose.

Buddy:  Don't worry, Merci.  I can reach his nose. But to get back on the subject, for our Sunday Smile, we have a Spanish class gender question to resolve.

Rusty:  Yes, we've heard this type of story always goes over well with humans. Jan thought it funny.  But she's kind of strange.


A Spanish teacher was explaining  to her class that in Spanish, unlike English, nouns are designated as either  masculine or feminine.

'Pencil,' however, is masculine: 'el lapiz.'

A  student asked, 'What gender is 'computer'?'

Instead  of giving the answer, the teacher split the class into two groups, male and  female, and asked them to decide for themselves whether computer' should be a  masculine or a feminine noun. Each group was asked to give four reasons for its recommendation.

The men's group decided that  'computer' should definitely be of the feminine gender ('la computadora'),  because:

1. No one but their creator  understands their internal logic.

2. The native language they use to communicate with other computers is incomprehensible to everyone  else.

3. Even the smallest mistakes are stored in long term memory for  possible later retrieval.

4. As soon as you make a commitment to one, you find yourself spending half your paycheck on accessories for  it.

The women's group, however,  concluded that computers should be Masculine ('el computador'),  because:

1. In order to do anything with  them, you have to turn them on.

2. They have a lot of data but still  can't think for themselves.

3. They are supposed to help you solve  problems, but half the time they ARE the problem.

4. As soon as you commit to one,  you realize that if you had waited a little longer, you could have gotten a  better model.