Percy:  We had a little excitement around here yesterday.

Cyndi:  Merci, Marcus and Sam were outside barking nonstop.  Buddy was inside barking.

Buddy:  Well, of course, I was inside barking.  You don't think being inside is going to stop me from participating in important canine business, do you?

Micah:  So what were you all barking at?  I was too busy hiding behind the heater until I was sure the thunder boomies had passed for good. 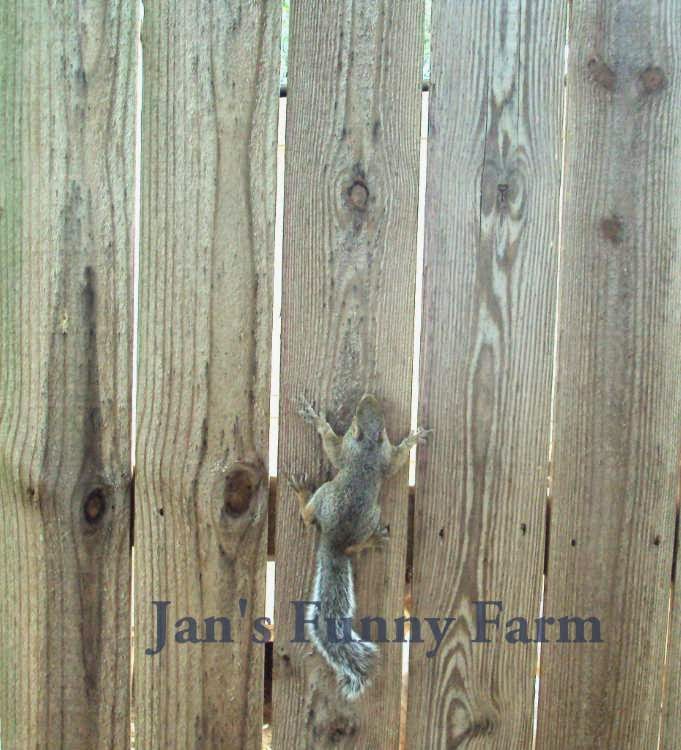 Merci:  We were barking at a squirrel hanging onto the neighbor's privacy fence as if his life depended on it. 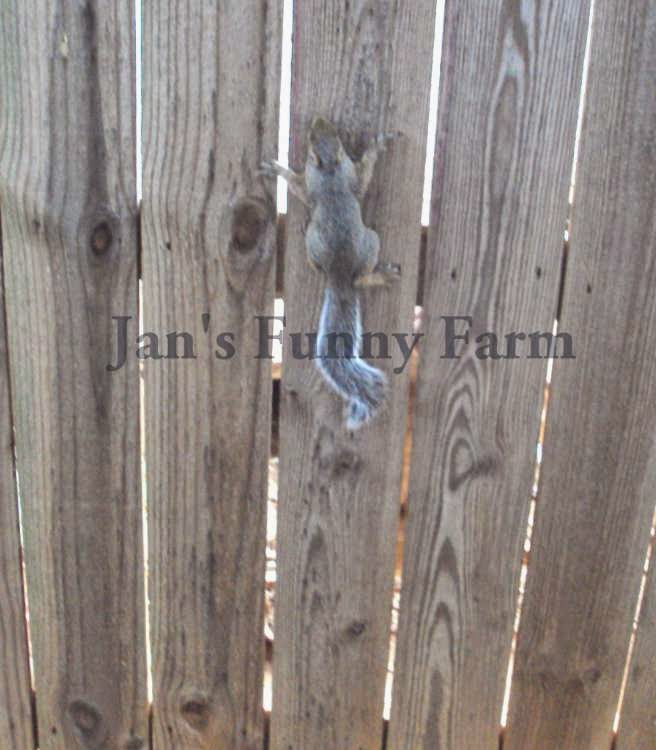 Rusty:  One of the neighbor dogs was trying to tear the fence down to get to him, so, yeah, his life did depend on it.

Cameron:  So the squirrel was paralyzed with fright.  Jan didn't think he moved at all, but then she saw the photos and realized he did, but barely.  Just one paw a little to the left or right. 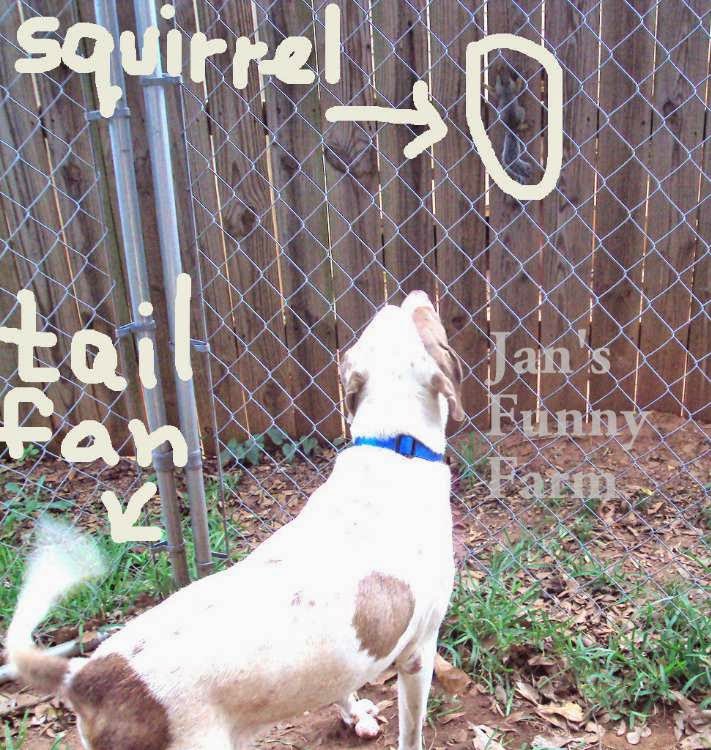 Sam:  Jan came out trying to find what we were carrying on about.  She ran back into the house to grab a camera.  He was so still that for a moment she thought he'd died there and wondered how he still managed to hang on. Then she started at him until he finally blinked. Or winked? 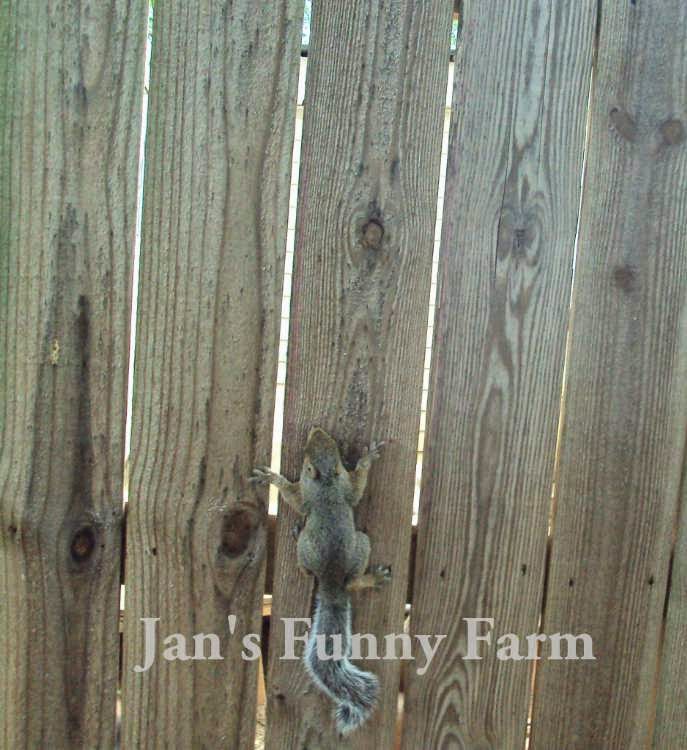 Marcus:  Right after this Jan fixed breakfast and for the first time since he arrived Micah didn't appear.  She couldn't find him and feared he'd slipped out when she flew in to grab a camera and went out in a downpour calling for Micah.  Percy finally gave him away when he stood on the mantel staring below.

Percy:  Are you upset with me for giving away your hiding place, Micah?

Micah:  No, not this time.  I was served breakfast behind the space heater.  It was kind of like dining at a fancy restaurant except the view was a bit obstructed.

Cyndi:  You've never been to a fancy restaurant.  How would you know what it's like?