Percy:  We had an eventful Labor Day.  (It's still Labor Day as we write this.)

Micah:  It started with Jan getting up earlier than she planned.

Sam:  Good thing she did.  She put us dogs out in the pen and heard quiet banging noises.

Cyndi:  We know "quiet banging" is an oxymoron but it was quiet.  We cats never heard a sound.

Rusty:  Yes, we did, Cyndi.  We heard our dog siblings barking up a storm.

Merci:  We were barking at the black lab that kept appearing and disappearing at the corner of our yard.

Cameron:  Then Jan came barreling inside, changed from sleepwear to shorts and shirt and raced out the front door.

Marcus: She said later she went next door, rang the bell and knocked until the neighbor came to the door wearing shorts but barefoot.

Buddy:  She told him his black lab was loose and he woke up very quickly.  They came around his privacy fence and he said, "I don't see anywhere he could have gotten out!"

Merci:  He wasn't in a very good mood.  Guess he was planning on sleeping in.

Sam:  His dog came to meet him, a bit sheepish for having been caught.  He had gotten out but he couldn't get back in.  The boards evidently opened in only one direction for him.

Marcus:  He put the dog back in the fenced yard and nailed the opening closed. All was quiet. 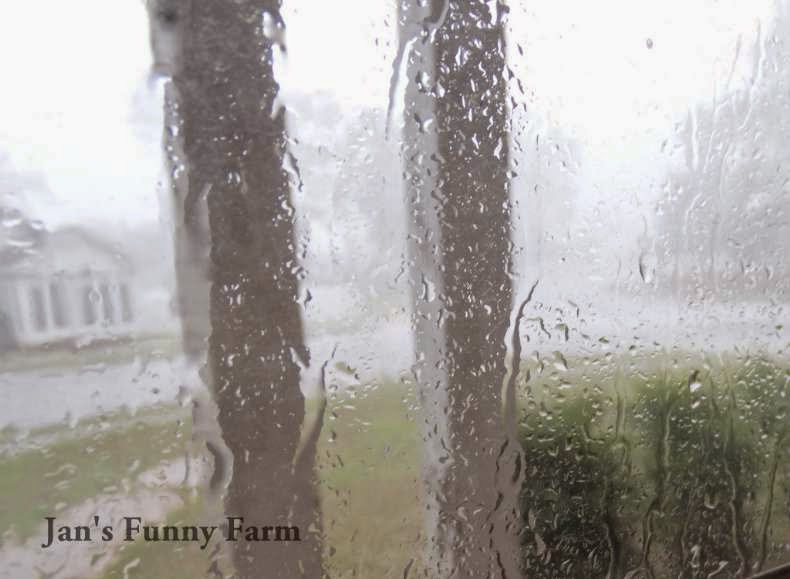 Percy:  Until late afternoon when the thunder boomies and lightning started.  The rain poured down and the wind blew.

Marcus:  Jan and I had to cut our walk short and rush home.  We just made it before the storm hit.

Micah:  It was a bad one.  Jan shut down the computer and just before the storm ended, there was a close strike, a sizzle noise and the smell of something overheating.

Buddy:  When the rain stopped and the sky got quiet, Jan and Marcus resumed their walk. 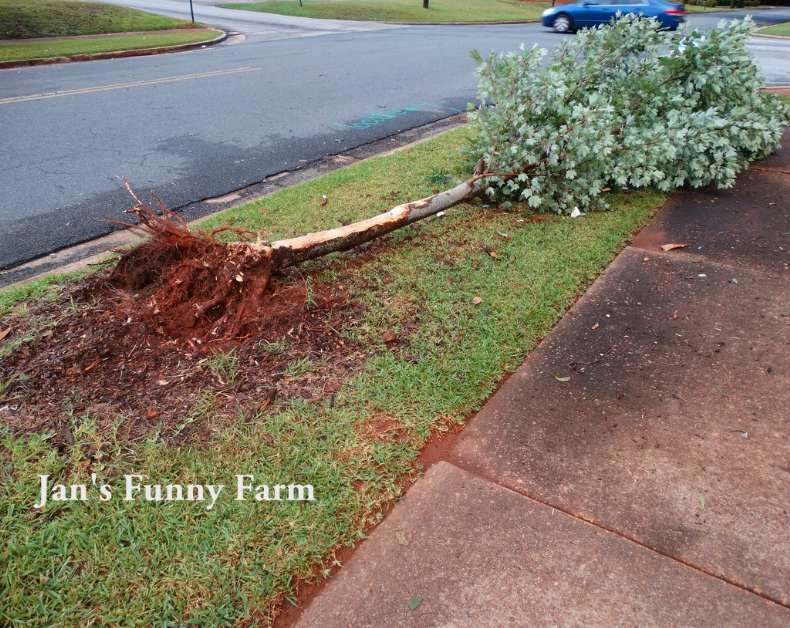 Merci:  This was nearby.  Jan could see it from our front porch.

Cyndi:  It was a fairly young tree - only a few years old - uprooted with a long white strip of missing bark.

Cameron: The tree was standing and there was no white strip when she hot-footed it home with Marcus.

Marcus:  We didn't do that!  Do you think the tree was hit by lightning?

Buddy:  Most likely.  I doubt anyone was out there in that storm with a knife peeling bark off the tree and knocking it over. 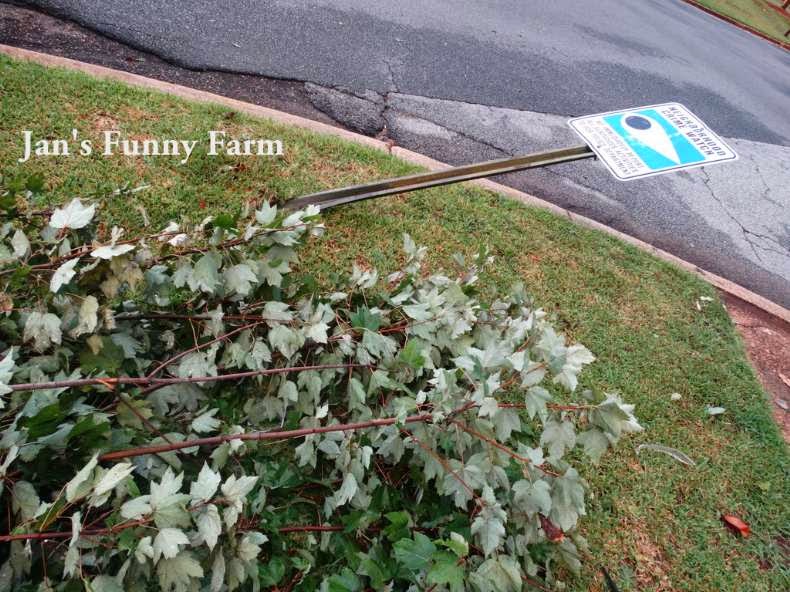 Rusty:  This is what happened at the top of the tree.  It took out our Neighborhood Watch sign.