We decided we would give our vets a personal salute today but use photos instead of words. So we borrowed a few photos Jan took this morning at the local Veterans Day Ceremony at the courthouse square. There was a band and a large group of cadets in the street behind those in attendance, but, unfortunately, even though Jan was standing on a hill, the tops of their heads could barely be seen behind the crowd. (So we didn't include those photos.) 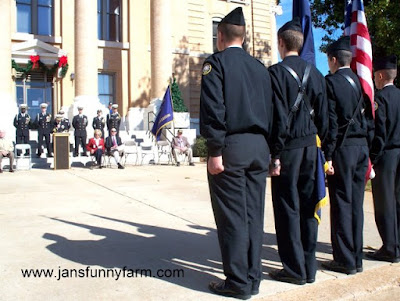 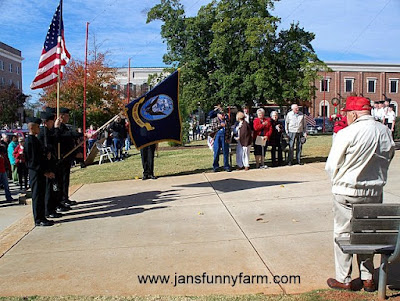 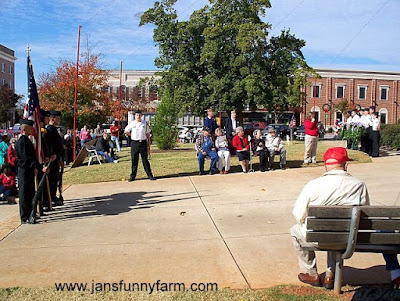 "Amazing Grace" played on the bagpipes. 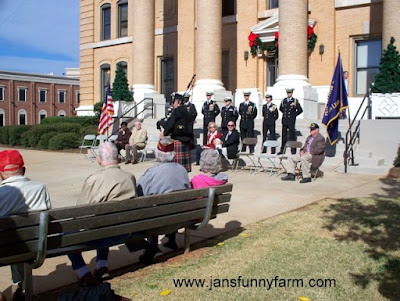 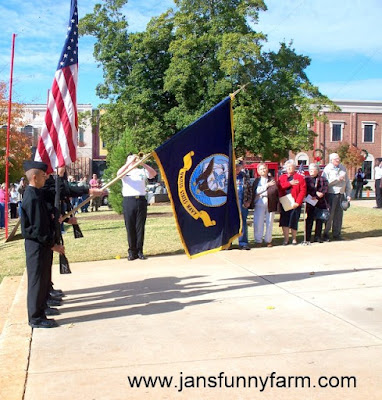 The sign reads: For those who served. We honor our troops. 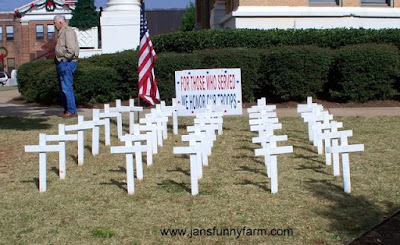 Happy Remembrance Day to all our friends in Canada, the UK and Australia!

A hearty thank you to all the veterans who now serve or have served their country, from JFF - Crystal, Cotton, Merci, Cyndi, Percy, Cameron, Buddy, Rusty & Sam -- and Jan!

And on a sad note, late last night we learned our favorite hamster GirlGirl has died. We will miss her. 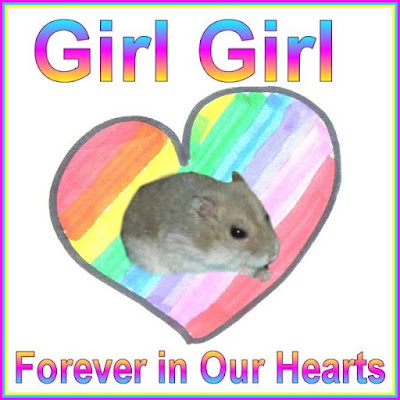