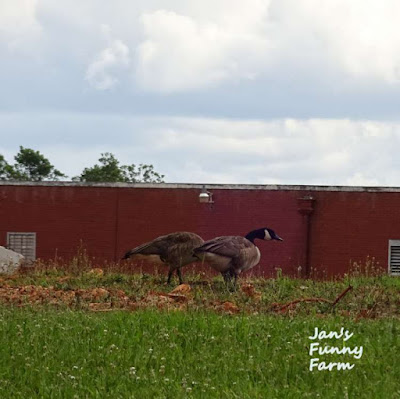 Marcus: You'll never guess who I saw on our walk the other day?

Rusty:  The geese Minnie and Mo.

Rusty:  When you got home, Buddy and Merci told us you had been carrying on a conversation with yourself again. 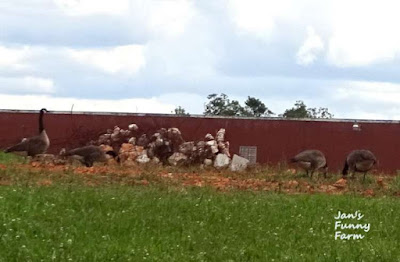 Rusty:  So what did the geese have to say this time?

Marcus:  Mo started honking as soon as he saw us coming.  He said he was so glad to see me again.  It's been a while and he missed my face.  Or maybe he said he missed my ears.  I had a hard time translating that part, but he did miss something about me.

Rusty:  Wait.  Did you say he missed your ears?  Seriously?

Marcus:  I'm not sure.  We don't speak the same dialect.

Rusty:  Are you sure he didn't suggest you clean your ears?

Marcus:  Why would he do that?

Rusty:  I heard a rumor that dogs with dirty ears hear things that aren't ... uh, real.

Marcus:  They do?  Maybe that's Merci's problem.  She keeps complaining I scream in her ear when we set out on a walk, and you all know I'm the calmest dog you know.  I never scream.  I think I'll go suggest Jan clean Merci's ears.

Cyndi:  Where's Marcus off to now?

Cyndi:  That doesn't make any sense.

Rusty:  I know that and you know that, but Mr. I Speak Geese hasn't a clue.