Jan went to the shelter this morning and took some photos to post on her Humane Society blog. Since several of you expressed interest in an update, she gave us permission to use her Upson Pets post on JFF. We hope this doesn't confuse Blogger and Picasa any more than they already are.


***************
During a thunderstorm late Saturday night, lightning hit the shelter twice. The smoke detectors went off and someone passing by called in the fire alarm. The cat room filled with smoke but none of the animals at the shelter were harmed. Because of the recent holidays, there were only about 15 animals there. The damage is estimated to be around $10,000.

County workers were cleaning up and working on repairs. The phone lines and internet are not working, but the shelter hopes to be back, at least in part, by Wednesday. Until then, they can neither take any animals in or adopt any out. 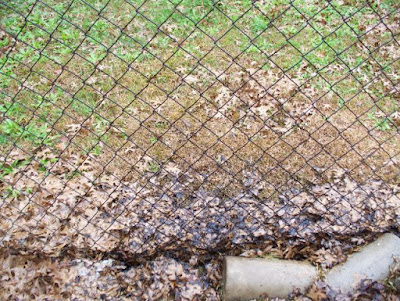 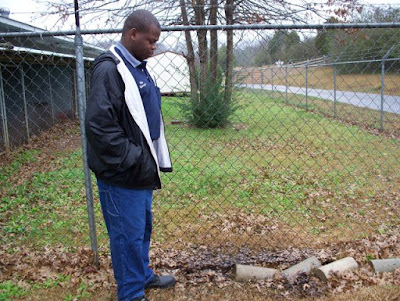 Shelter manager Smart Web at the site of lightning strike that hit the propane line and charred the fence. 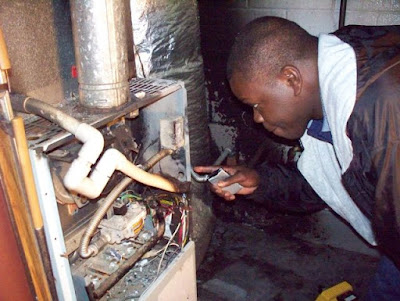 Smart points out where lightning started a fire in the heating unit. 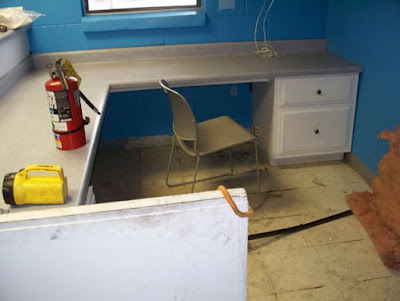 This is what the office looks like today. No phones, no computer, no paperwork, which is why the shelter will not be processing any animals in or out until further notice. 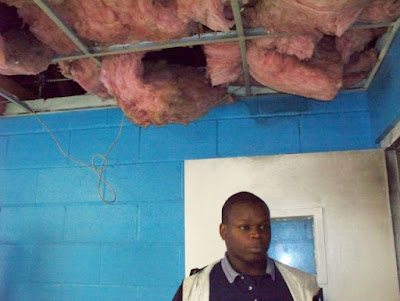 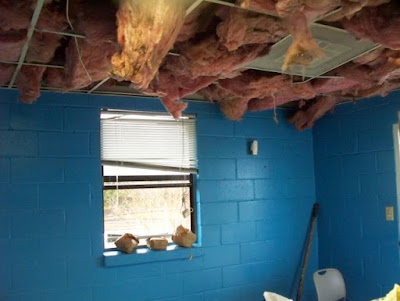 This is the office and reception ceiling. 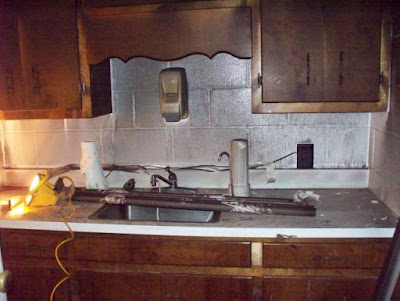 This is the kitchen behind the office. the heating unit is in this room. 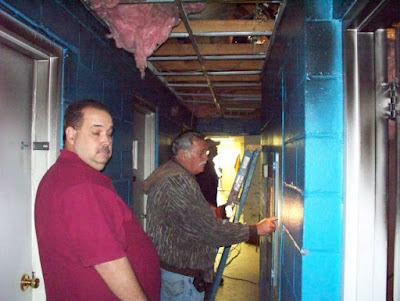 The door behind the man in red is the Isolation room, which was empty at the time of the fire. The 2nd door on the left is the cat room. And to the right front is the kitchen. 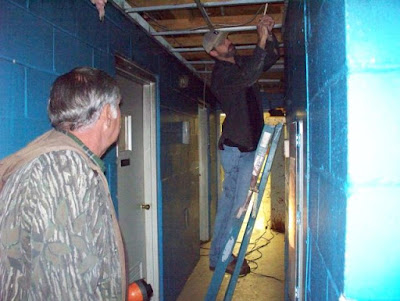 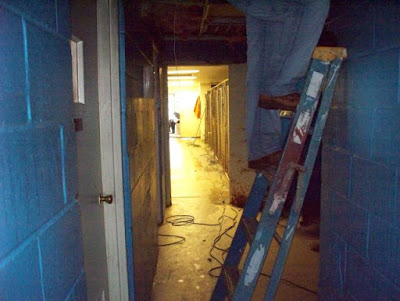 The door to the cat room is on the left and some of the dog runs can be seen in the lighted area. 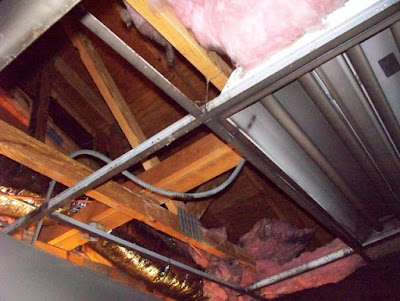 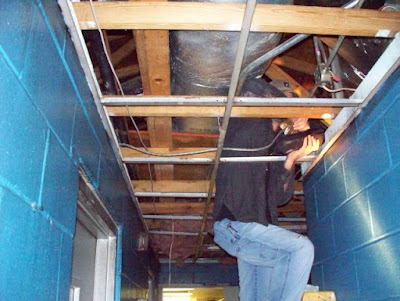 The shelter was very fortunate that no animals were lost in this fire. They could have all died had not someone passed by at the right time. It's out in the county, not in town, so there isn't that much traffic late at night.
Pawed by Jans Funny Farm at 1/05/2009 12:43:00 PM