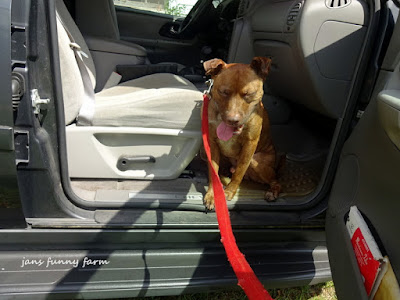 Marcus:  Hey, remember me in my new vehicle?   Locked room mysteries are popular in books and on television, so I thought we could do something different today and you can try to solve the locked car mystery.

Rusty:  I thought we were going to continue my problem with finding a new villa this late in the season.

Percy:  No, we were going to continue MY apartment hunting.

Marcus:  We all love to tattle on Jan, so we have got to tell this story.  You guys can fight over who writes about what later.  We weren't even going to post today since yesterday we celebrated Micah's birthday/gotcha day.

Rusty:  Speaking of Micah, our friend Loulou sent us this to give to him. 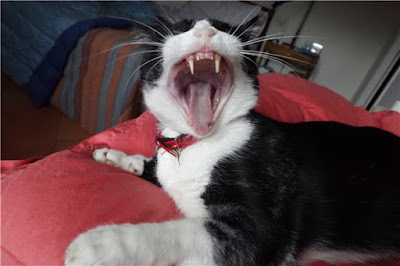 Micah: Thank you, Loulou, and -

Marcus: Enough about you, Micah. Let's get back to tattling on Jan.

Percy:  So what did she do this time?

Marcus:  Jan is very independent and isn't particularly fond of some modern computer-related help.  She prefers to make her own choices, complaining she is perfectly capable of rolling her own windows up or down, or un/locking her own doors, etc.

For many years she had to completely avoid air conditioning so she hasn't had working ac in any car she has owned.  Until this one.  And in order to keep the ac working, she thinks she needs to run it occasionally, either for part or all of the trip.

Rusty:  What did Jan do, break the ac?

Marcus:  No.  She went by Mr. Doug's to pick up a book, where he left it, in case he wouldn't be home.  She left the engine running, got out of the car, walked about three feet, grabbed the book bag, walked back to the car, and -  Oops, all the doors were locked.

She was in the country and had no cell phone to call anyone.  Not that we have a locksmith here, and she doesn't have AAA any more.

She carries a spare key in case she ever locks herself out but the spare key was in her purse on the passenger seat.  (Who would expect a vehicle to lock the doors when someone gets out and closes the door?)

Marcus:  She did what anyone would do.  She broke in.

Percy:  She broke a window?

Marcus:  No, to break in doesn't mean she actually broke anything.  Like when Rusty said Micah "broke and entered" his summer villa (Intruder in the Villa) but Micah hadn't actually broken anything to get inside.

Micah:  So how did Jan break into the car?

Marcus:  I thought we would offer this locked door motor running mystery to our readers and see if anyone can guess correctly.  All the clues are in this post.  We'll reveal the answer on Friday.

Rusty:  You're going to tell us the answer, aren't you?.

Marcus:  No.  You'll have to figure it out by yourself.

Percy:  You aren't that good with mysteries, Marcus.  How did you figure out the solution?

Marcus:  I heard Jan on the phone telling Mr. Doug. 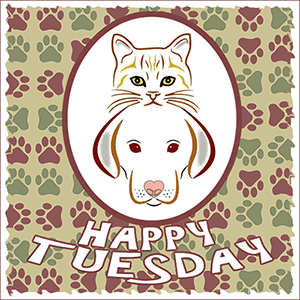