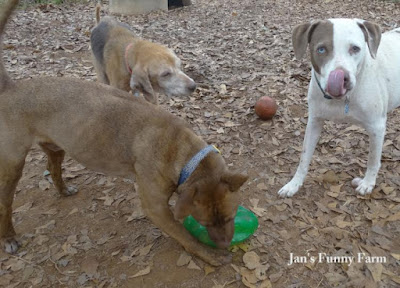 BUDDY:  What's that you have, Marcus? 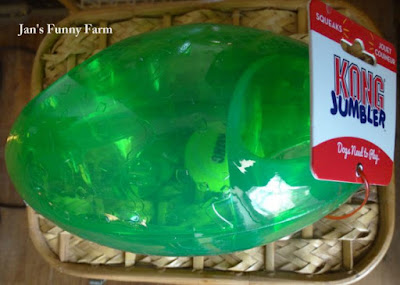 MARCUS:  No, it's my new Kong Holiday Jumbler Football.  It comes in red or green.  Guess which color I was sent?

MARCUS:  It's a football chew toy.  It's supposed to stand up to tough play.

SAM:  You are definitely the one to test it for toughness.

MARCUS:  There's a tennis ball inside with a squeaker.  I can play football with Jan and drive her crazy at the same time.

MERCI:  You don't need a special toy to drive Jan crazy.  You do it all the time screeching at the top of your lungs while playing with your old "soccer" ball. 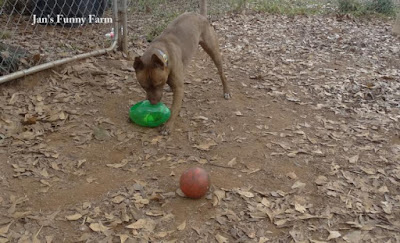 SAM:  Hey, that sounds like fun.  Why don't you give us old timers a demonstration?

MARCUS:  Okay.  I chew on it to make it squeak and then Jan can pick it up by one of its two handles and throw it.  Sometimes she kicks it. 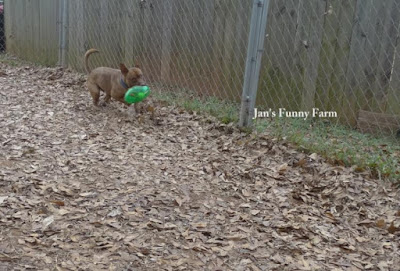 BUDDY:  And then you run like a loony character with it in your mouth.  Is that it? 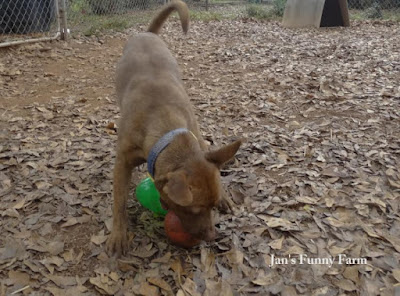 MERCI:  Look at the little piggy.  He wants to play with his old soccer ball ... 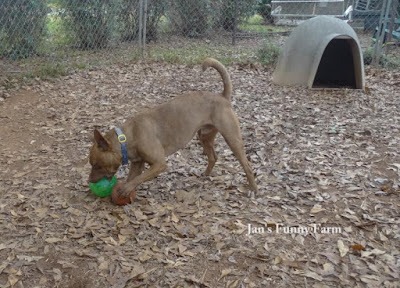 SAM:  And his new football at the same time. 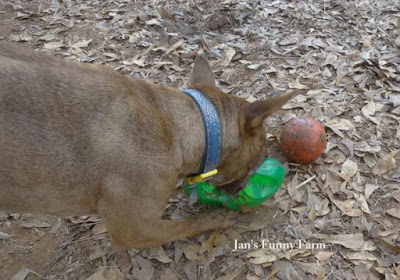 MERCI:  What does it say?

MARCUS:  I don't know yet.  I think it's in Morse Code.  Maybe I can train it to yell at the soccer ball for me since Jan thinks I'm too noisy.

SAM:  You think?  You do know one of the neighbors recently asked which one of us makes all the noise?  She was afraid someone was harassing one of us.  Little did she know it's the other way around.

MARCUS:  Go ahead and make fun of me. You're just jealous because you don't have my energy ... or my Kong Holiday Jumbler Football.

BUDDY:  You sure have been having fun with both balls recently.  Between the squealing and the squeaking,  we all need ear plugs.

We received a Kong Jumbler from Chewy.com for this review.  We were not paid, nor influenced in what to write.