First, we are so happy Precious kitty was adopted in time. You can check Brian's blog for any details.

We have a video for you. This adorable, friendly dog wants to play fetch. He does everything he can to get a man's attention so he'll throw the stick for him but the man sits there like he's a statue. He refuses to even acknowledge the dog's presence. Maybe the dog should bite that mean man's leg. He'd pay attention then.

Harharhar, fooled you for a minute, didn't I! 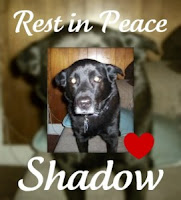 We're very sad that Chance Bond and Imp lost their woofie brother Shadow on Thursday, May 5th. He was taken tot he vet because he couldn't stand on his own and it was discovered he was in kidney failure.The news was posted on his mom's Facebook wall. We don't know whether they'll post a farewell to Shadow on their blog but you can leave a message on Chance's blog. His family really misses him. 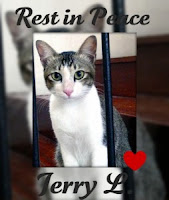 Jerry L of CrizCats left for the bridge yesterday. Stop by and leave Criz a message of sympathy too.

And on a happier note, don't forget Auntie Stinkie's 19th birthday party Sunday 9 am to 12 noon (Pacific time). They're going to have a movie too. Where? Dr. Tweety & the Fab 5 blog. 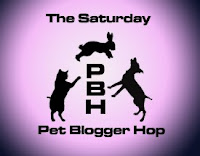