Merci:  We're pretty proud of ourselves because we managed to get Jan a birthday present without any money.  Pretty good for a bunch of furries, huh!

Micah:  Jan's birthday is Thursday and we were stumped as to what to do for her.  We could have let her off the hook and not picked on her for one day, but she'd think we hate her.

Cameron:  So how did we manage a gift?  We entered a giveaway at RedSetter's blog (Pepsi Max Addict) and won Jan a bracelet.

Rusty:  Before we show you what we won, we want to thank Magic, Red and RedSetter.  They offered three winners a  bracelet and candle tart but then made all the entrants a winner.  Isn't that generous? 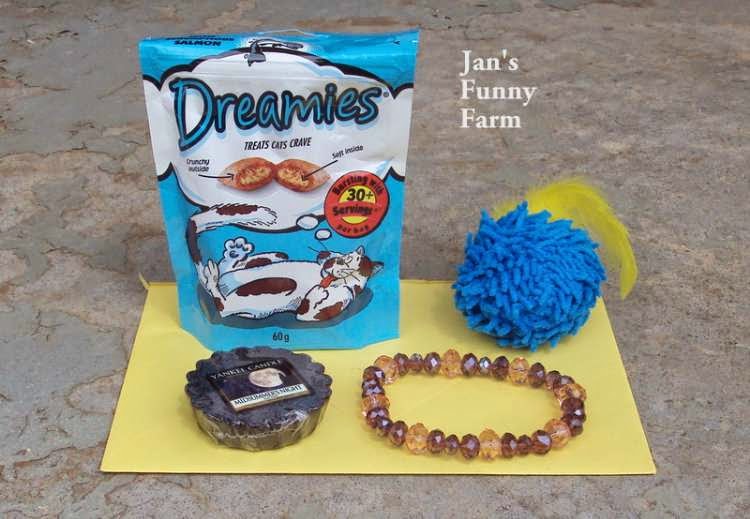 Sam:  We received a package yesterday, all the way from Glasgow, Scotland.  It also included a cat toy and a package of cat treats.  We would be envious but sometimes we get a package just for us dogs.  And, besides, we all entered the giveaway, so the bracelet is for/from all of us. 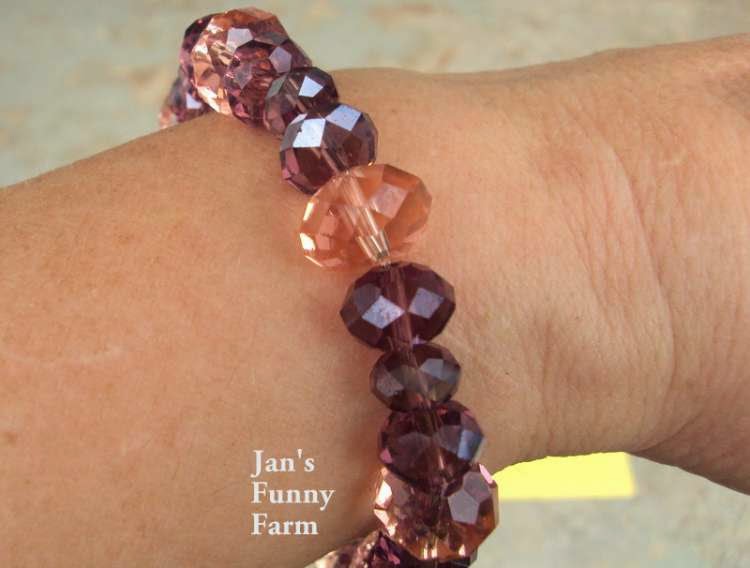 Cyndi:  RedSetter asked for Jan's wrist size and made the stretchy bracelet to fit.  Jan's wrists are big.  She claims they're well-muscled from walking the dogs all these years, but *wink, wink* we all know differently. 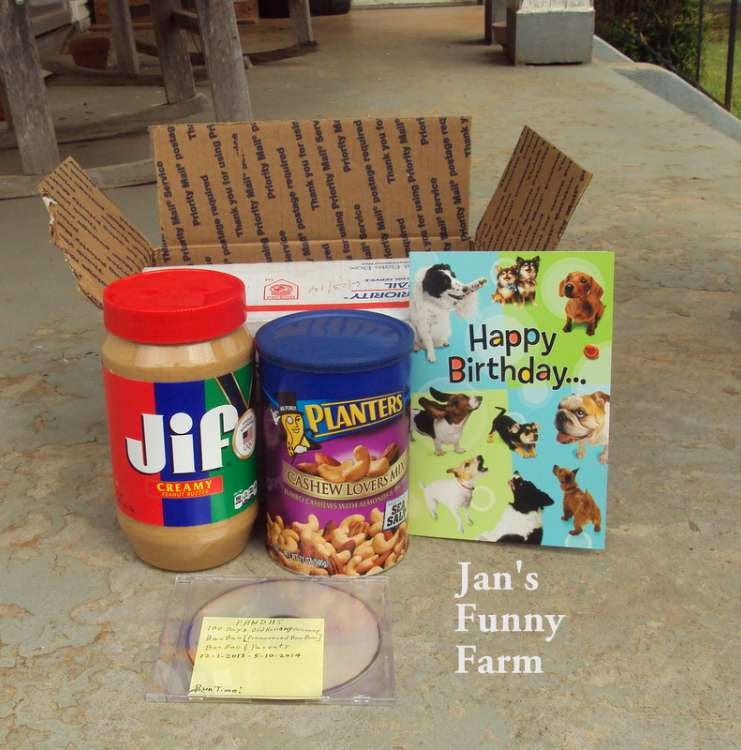 Buddy:  We thought we would include a funny story in today's post.  Yesterday Jan received a box from her brother who lives out of state.  It was heavy.  There were more items in the box, but these are the fun items.

Percy: Jan has never mentioned to her brother she likes nuts. For weeks, she's been checking out the nut section, looking at the small size of the cans and their high prices, and not buying any.  Suddenly, here is a 21 ounce can of cashews, almonds and pecans.  And made with SEA SALT!

Merci:  And a 3 pound jar of peanut butter.  Jan has a bad habit of munching instead of fixing meals and she often eats a peanut butter and jelly sandwich for a late dinner.

Sam:  Do you think Jan will need a larger bracelet soon?

Cameron:  The Funny Farmers always made fun of me when I was treasurer of the FF Writing Club because I count on my toes.  But where did you learn how to do math, Micah?   Does anyone here understand what he just said?

Rusty:  No, but I can't figure any better, so I think we should assume Micah knows what he's talking about and stay out of Jan's way next time she decides to try flying.

Cyndi:  To get back on the subject of something funny, Jan opened the box and pulled each item out.  When she opened the envelope, she assumed it was "heavy" because he'd stuffed a letter and other papers in it.

Percy:  But when she opened the card, music blared and someone started singing, BOW WOW WOW, YIPPEE YO, YIPPEE YAH! It scared her and she threw the card with the letter and a strip of postage stamps soaring through the air.

Buddy:  On December 1, 2013, her brother and sister-in-law went to the National Zoo for the Naming Ceremony for the 100 day old panda cub Bao Bao (pronounced Bow Bow).  Here's a link if you'd like to see her.  It was January 18, 2014 before the public could see her, other than by Panda Cam.

Marcus:  Her brother cut several hours of video from several trips to the zoo down to 1 hour on a DVD for Jan.  So she's looking forward to viewing it. 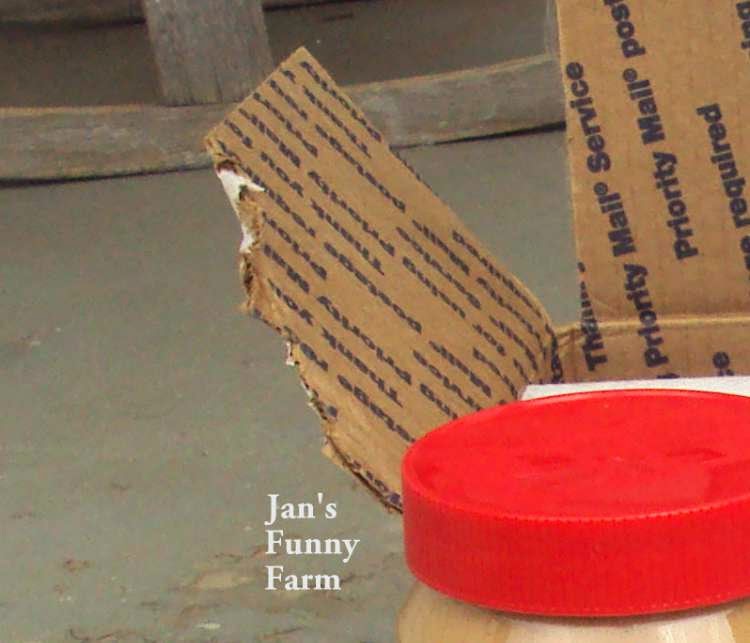