Buddy:  Have we mentioned Marcus has an addiction to soccer?  His version, of course, but, nevertheless, soccer, so Jan has been trying to find a soccer ball that could survive Marcus' teeth without breaking her toes. The ball they've been playing can supposedly be stepped on by an elephant without breaking.  This explains why it is still in one piece around Marcus.

Merci:  Jan was thrilled we would have an opportunity to test a canine soccer ball.

Sam:  And not just any canine soccer ball but a Planet Dog orbee-tuff sport soccer ball, advertised as "doggie-durable, buoyant, minty and bouncy."  We're not sure why it's minty but she neglected to sniff it before its first use. (Planet Dog donates 2% of purchases to canine service programs.)   Hopefully, it would be Marcus-proof.

Merci:  It's non-toxic, recyclable and washable. Jan thought it was great and used the hole in it to throw it like a bowling ball.  Imagine her surprise when she finally read the label and discovered the hole was for stuffing treats.

Buddy:  Well, here we were with the perfect soccer ball for Marcus.  And guess what?

Marcus:  *raises paw* I know the answer.  I wouldn't play with it.

Sam:  That's right, Marcus, you'd watch Jan kick the ball around or toss it and all you would do is squeal and beg Jan to play soccer with your "real" soccer ball. Jan was stumped.

Merci:  Then one day she threw it hard.  It hit the back of the pen, bounced off the doghouse, and kept bouncing. 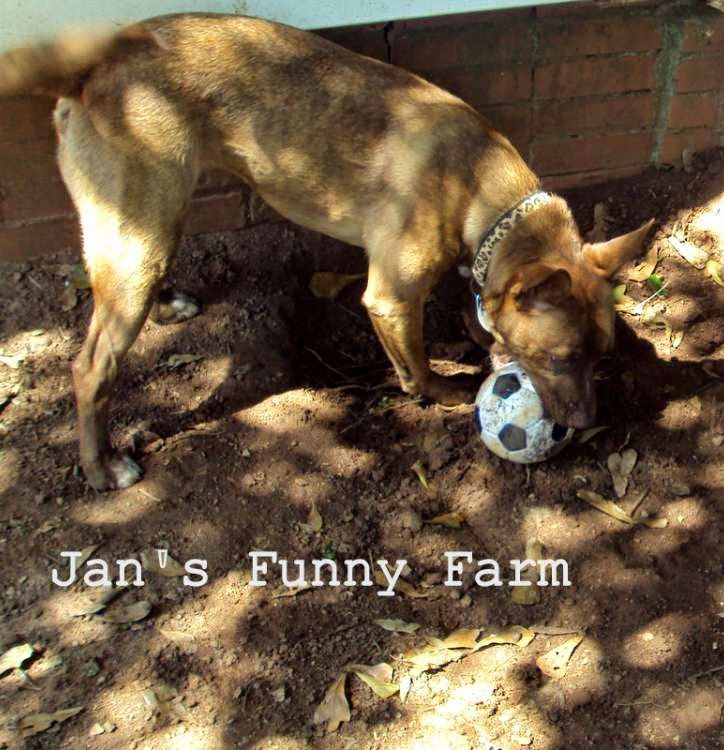 Marcus:  I chased it, leaped in the air, and it kept bouncing.  That was fun.  And I can pick this ball up in my mouth. 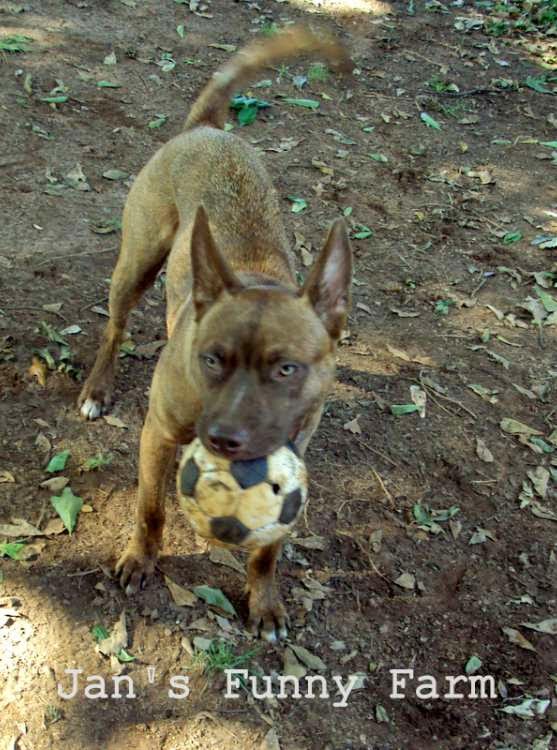 Marcus:  Now I take it back to Jan, drop it beside my original hard soccer ball and wait to see whether she will throw this one or kick the other. 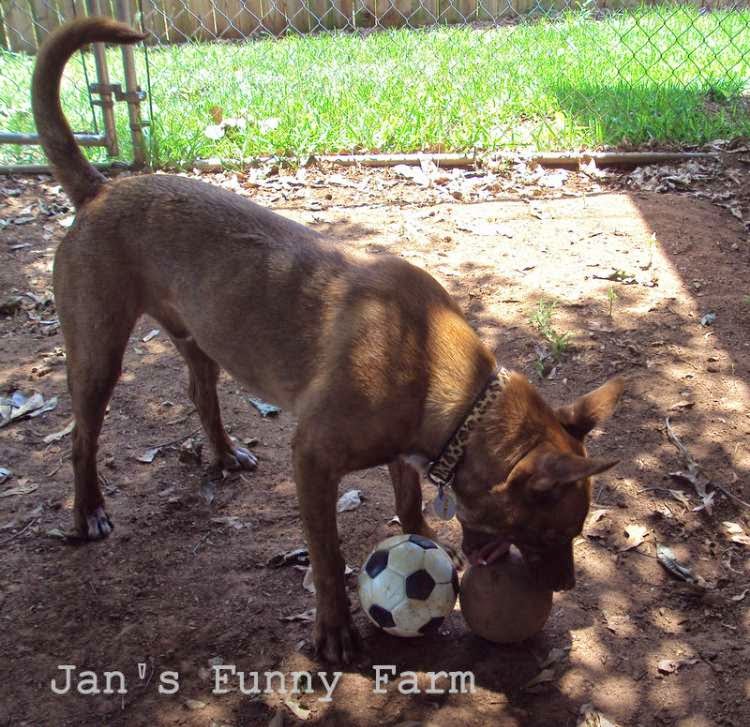 Sam:  Here is Marcus looking over both balls. 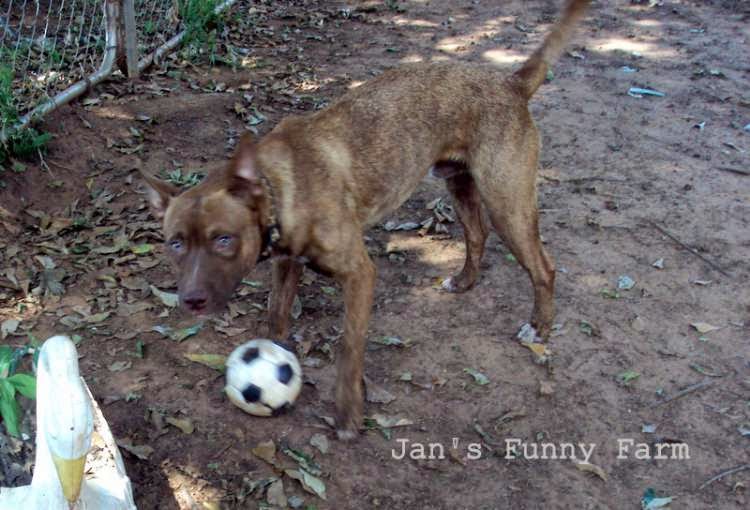 Buddy:  You can see how Marcus rates his new Planet Dog orbee-tuff Sport soccer ball?  So what do we other canines think of Marcus' new toy - aside from the fact it keeps him out of our fur?  We decided to have some fun and say it with a graphic. 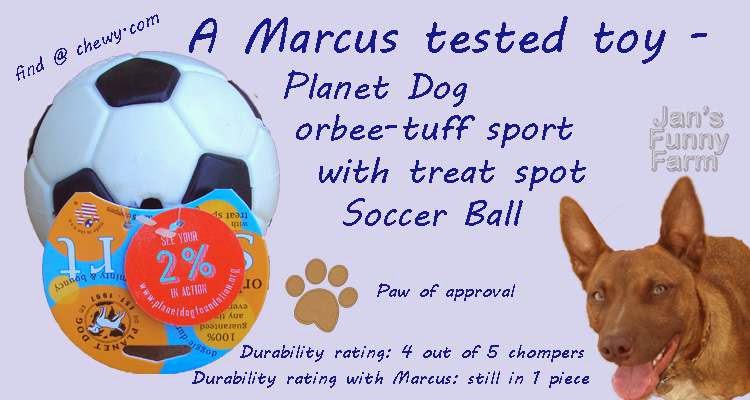