Even though she has temporarily abandoned Sassy and Sassy's sissy/guest Momo, we would like to send very special birthday wishes to Sassy's Mom of the House. She turns another year younger today. 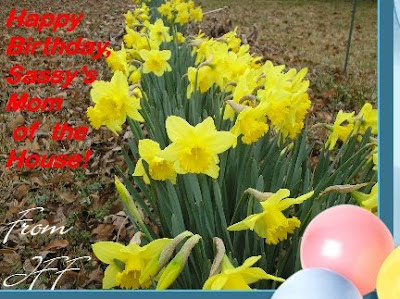 As you can see, we lack a few skills in the photo department, but we hope it's the thought that counts.

So Sassy's MotH, we're all going to sing to you, if you don't mind. Ignore Buddy's howling. That's his idea of hound singing. It comes natural and at least he's on key, which is more than can be said for some of us who shall remain nameless but whose initials are Cameron.

Sassy, Momo, Opus & Roscoe spent all yesterday baking and making final preparations. The party for the Mom of the House is being held at Sassy's. Stop by and have a slice of that yummy-looking cake.

Update: We received these lovely guest gifts from Sassy. She said there are plenty, so we took one of each because we couldn't agree on whether to pick cat or dog art. Stop by and pick up a guest gift of your own. 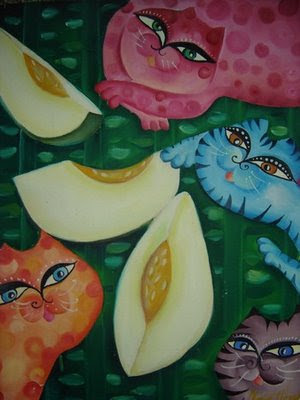 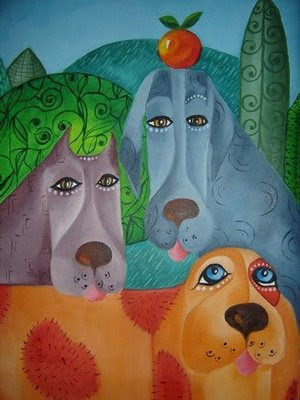