As many of you are aware, Emil disappeared on June 21st and, sadly, in the desert area where he lived, that was the worst of news for his family. 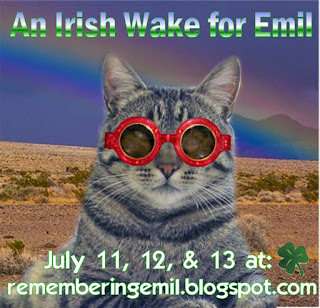 Opus & Roscoe have put together an Irish wake for Emil of the Cat Realm. We're not very good with words sometimes, so we'll use theirs:

We wanted to let everyone know that there is a wake for little Emil. Please stop by and share your favorite memories or photos of sweet Emil. Or, you can simply leave comments for Karl and his family. The wake is going on all weekend at:
Remembering Emil

Emil was Karl's little brother. We all had the opportunity to meet the little prankster. Cameron says Emil's photography genius really came through with his behind the scenes pictures of cast and crew of CCSI III. Cameron said Emil never laid his camera down and when the photos came out, they understood why.

Emil was more laid back during the cruise Rusty took with him and a few friends in May. He and Sassy kept the group laughing. 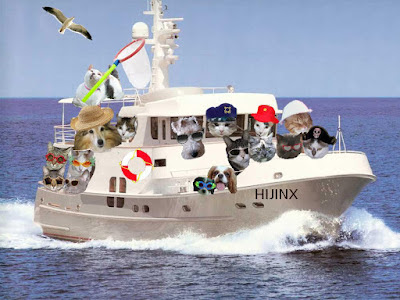 All aboard!
Photo by Sassy & Zoolatry

But at Karl's lizard BBQ, Emil was into so much mischief. He told Cyndi if she ate too many lizards, she would turn into one, so she won't touch a lizard to this day! She doesn't want to end up on the menu at Karl's next BBQ.
photo by Karl 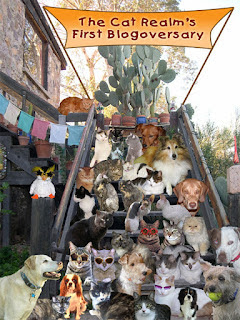 There are instructions on how to post a tribute, photo or comment, but even if you didn't know Emil, please stop by and leave a comment.

Farewell, Emil. We miss you.