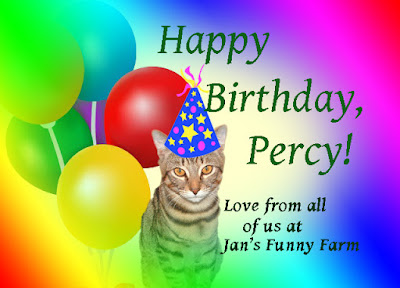 It is so hard to believe dear Percy turns 15 years old today.  He was so tiny when Merci rescued him.  I thought he was a bird.  He chirped for a time, so he was temporarily named Birdie.  If he had not persevered until I believed Merci was correct and that chirping in the bush was actually a kitten, he would never have been rescued.  Perseverance was the perfect name for him.  Percy for short.

Happy birthday, from all of us.  You are still the same sweet, persevering cat we've always known to you be.

We were quite worried about you when you kept falling off the air conditioning unit, landing on the floor below, and determinedly going right back to lay there until you fell off again.  It was such a relief when you finally realized there is now an old desk by a front window where you can enjoy watching people and traffic without getting hurt.  We love you and hope you will have a good day lounging on your desk window perch.

Our last post was in January and it was a sad one.  I was sick with the flu and a high temperature the day Cyndi left for the bridge and for the last months have been having back and health problems.  I have no energy.  But Percy is the last of the original Funny Farmers and he deserves a celebration post.

Some sweet bloggers sent cards for Cyndi and have never been acknowledged.  We would like to do so now. 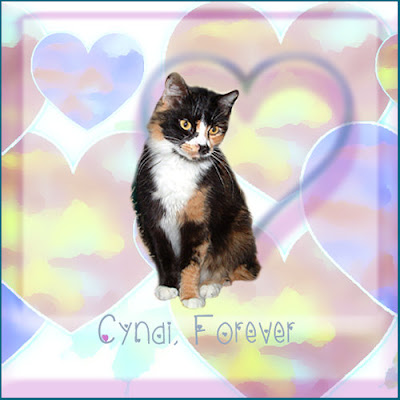 By Ann of Zoolatry. 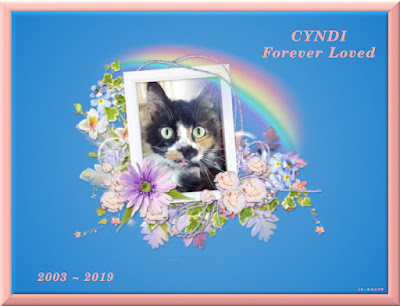 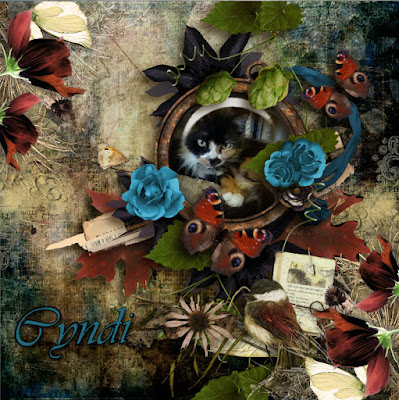 By Alasandra, the Cats and the Dogs (atcad).

Thank you, ladies, for the lovely cards in memory of our dear Cyndi.  We apologize for being so long in sharing them.